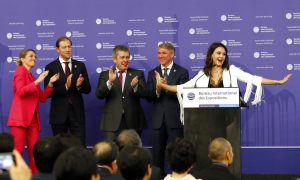 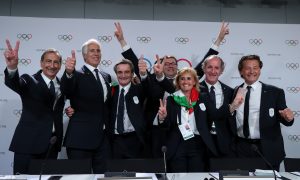 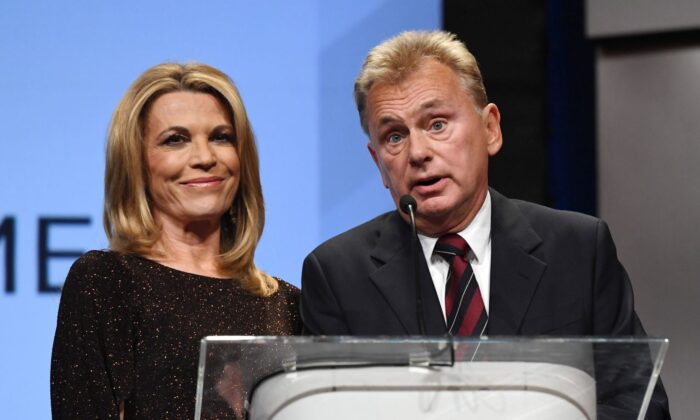 ‘The Show Must Go On’: Vanna White Provides Update on Alex Trebek’s Cancer

“Wheel of Fortune” fixture Vanna White, who is now the show’s temporary host, revealed that “Jeopardy!” host Alex Trebek is in good spirits as he battles cancer.

“He’s doing good. He really is,” White told Us Weekly. “He looks good. I talked to him recently and he’s got a very positive attitude.”

White, 62, said Trebek has a strong will to fight the disease and appreciates fans’ support.

“I love that he’s honest and open with his fans, because he’s been doing the show for a very long time also and feels very connected to all of his fans and viewers,” she explained. “He is definitely keeping everybody updated on how he’s doing, and I am so proud of him. He’s still working, he’s obviously doing chemotherapy but working through it, and has that strong will to, as we say, the show must go on.”

In March, Trebek told viewers that he was diagnosed with Stage 4 pancreatic cancer, saying he is planning to finish out his ABC contract, which ends in 2022.

Months later, he told CTV that he might have to ultimately step down from his hosting job.

“I’m sure there are observant members of the television audience that notice also, but they’re forgiving,” Trebek told CTV, referring to his chemotherapy symptoms. “But,” he added, “there will come a point when they (fans and producers) will no longer be able to say, ‘It’s OK.’”

The 79-year-old added that he’s not afraid of death.

Trebek, a father of two children, has been the host of “Jeopardy!” since 1984, turning it into a TV ratings titan.

White, meanwhile, has been hosting similarly-rated “Wheel of Fortune” after longtime host Pat Sajak had emergency surgery to repair a blocked intestine. “He’s already shot 12 shows and we’ll be shooting again this Thursday and Friday. So he’s back to normal, I’m happy to say,” Yahoo quoted her as saying.

“It is seldom detected in its early stages,” the website says. “But for people with pancreatic cysts or a family history of pancreatic cancer, some screening steps might help detect a problem early.

“One sign of pancreatic cancer is diabetes, especially when it occurs with weight loss, jaundice or pain in the upper abdomen that spreads to the back.”