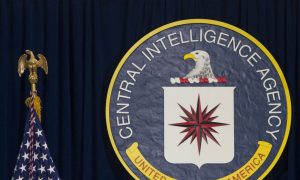 The Infiltration of the CIA
0
Share Now
TelegramFacebookTweetEmailTellMeWeReddit
Copy Link 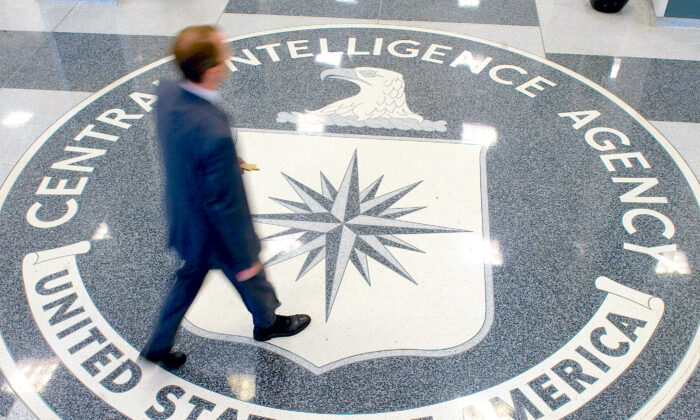 A man crosses the Central Intelligence Agency (CIA) logo in the lobby of CIA Headquarters in Langley, Va., on Aug. 14, 2008. (Saul Loeb/AFP via Getty Images)
Viewpoints

President Joe Biden has given the U.S. intelligence community 90 days to figure out where COVID-19 came from.

American taxpayers just might wonder what they are getting for their $80 billion that funds the nation’s mammoth intelligence bureaucracy each year.

In fact, shouldn’t they have known in late 2019 when the virus first appeared?

That is the CIA’s job after all—to know what’s going on in China and what Xi Jinping and the Chinese Communist Party leadership are thinking and doing.

Perhaps the CIA just isn’t very good at spying. And that’s its principal duty: to obtain secrets by persuading foreigners to betray their countries or organizations for America’s interests.

Yes, this isn’t always easy. Nonetheless, it is what the CIA is supposed to do.

One does hear it argued (or better said—used as an excuse) that China is a “hard target.” And it is. China’s Ministry of State Security’s successes in rolling up CIA agent networks in recent times have created colossal intelligence disasters.

But being “hard” is a poor excuse. The intelligence targets most important to the United States are usually the most difficult. Imagine an airline pilot suggesting he shouldn’t be expected to land in a 30-knot crosswind because it would be difficult.

Some nationalities are recruitable by the dozen in an afternoon, with a decent lunch and a little money. Russians and Islamic terrorists? Not so easy. Chinese? Not easy but not impossible.

Operating inside China is tough. But the Chinese do travel overseas. And in dictatorships like China, one’s position and even life can be precarious. Indeed, many Chinese of means and power are looking for overseas bolt-holes and places to stash their wealth and their relatives.

These are cracks for CIA officers to exploit. It takes patience and effort.

But if promotion in the agency’s directorate of operations (which does most of the recruiting) is still based on “scalps”—regardless of whose head they come off of—guess which targets get the attention? The easy ones.

And a little … ahem … deception to jump-start a career isn’t unheard of. One recipient of the agency’s top case officer award offered sage advice—with a straight face—that “You should go to an agent meeting with the intelligence already written,” and “It’s okay to write what an agent would have said.”

In other words, make it up. Or in plainer English, lie.

As for fake recruitments, there probably isn’t a current or former CIA case officer alive who can’t rattle off a few examples.

Another problem with the China target (and other hard ones) is language. Learning Chinese takes time and that’s “dead time” the way promotion boards look at it. Best to head off to Africa and rack up some easy scalps.

Adding to the spying challenge, after 9/11, the CIA got into paramilitary operations big time. That’s a lot easier than pursuing and convincing “hard targets” to give you information.

Paramilitary work is also a lot of fun—like being in the military, but without most of the rules and you only do the fun stuff. No parades, no inspections, no PowerPoint torture, and no seminars on sexual harassment and “woke” reeducation sessions.

Paramilitary operations have their uses, but they are not the CIA’s core purpose.

And one suspects the CIA relies excessively on “liaison services.” That’s dumbing things down. Instead of gathering intelligence on your own, you let the local intelligence services do the work for you.

It’s easier and eliminates the risk of being caught spying in another country (a risk that’s part of the intelligence game and always has been).

But you’re also a supplicant, dependent on foreign intelligence services. You’ll only know what they know—and of that, only what they tell you. And their interests are not always America’s interests.

One also marvels that nobody seems to notice or at least do much about all this.

Congress has oversight responsibility for the CIA. But as one CIA officer commented a while back, there is little to worry about from Capitol Hill: “Tell them some stories, give them a little show-and-tell, and they think they’re dealing with Mr. Bond himself.”

And it didn’t help when the then-director of national intelligence, retired Lt. Gen. James Clapper, who became one of President Donald Trump’s fiercest critics, in 2013 delivered what he later called a “clearly erroneous” if “least untruthful” answer to the Senate Intelligence Committee when testifying about government surveillance of U.S. citizens.

This doesn’t exactly make a citizen brim with confidence in the intelligence community’s ruling class or in the U.S. Air Force’s three-star generals.

And it’s not just Clapper. Take one former CIA director and another former acting director on whose watches the CIA missed the rise of ISIS, for starters. Both were analysts—and sub-par ones at that. They weren’t case officers in the field trying to recruit and obtain intelligence. Of course, there is no shortage of sub-par case officers either.

So how did they get to the top?

It’s depressing, but both were creatures of a CIA culture—most prevalent at, but not confined to, headquarters—where sycophancy, laissez-faire backstabbing, and smoke-and-mirrors achievement are better for one’s career than producing intelligence on America’s most dangerous enemies.

As for the current director of national intelligence—now running the whole show—she’s a former CIA employee but with a stunning lack of experience, and zero on the “operational end.”

Not surprisingly, the good officers, of whom there are still some and who could get things on track, go to great lengths to avoid headquarters assignments. There’s also no possible way they would be selected to the top positions and threaten what is a juicy employment racket.

In fairness, the CIA presumably is doing some useful work collecting information “the old-fashioned way.” And the agency rightly doesn’t publicize it.

But when the question of where the coronavirus came from and what the Chinese leadership knew is still a mystery to the CIA (and the rest of the intelligence community)—one marvels at such majestic incompetence.

And none of the GS-15’s, SES’s, and SIS’s running the show seem the least bit embarrassed that when their country most needed them, they failed.

One doubts that U.S. intelligence can be fixed without a flamethrower.