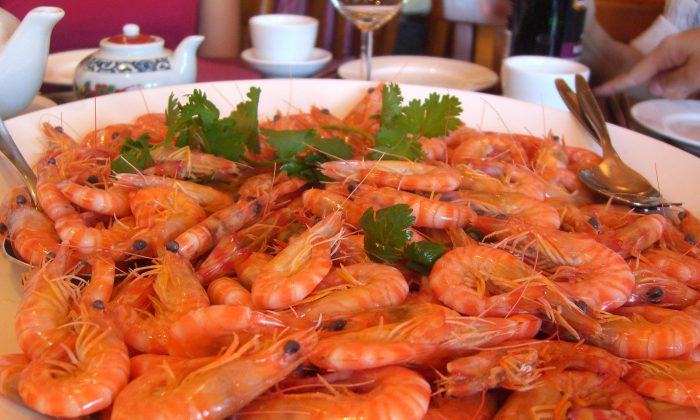 I can still remember the excitement of running down the dock to buy a bucket of shrimp when the shrimp fishing boats returned.
Opinion

Should we stop shrimp fishing?

I grew up in Miami and the Florida Keys where shrimp fishing was ‘king’. I can still remember the excitement of running down the dock to buy a bucket of shrimp when the shrimp fishing boats returned (shrimp only came in buckets). My Mom seemed to have a hundred ways to cook shrimp and I loved all of them.

Shrimp is highly valued and fished for in all the places I have lived. It’s a very popular food. In fact the world catch is about 3.4 million tonnes and much of this from Asia.

But shrimp fishing is one of the most damaging fisheries on the planet. The problem comes from the fact that shrimp spend all their time either buried in or sitting on the bottom. Shrimp fishing nets (called bottom trawls) are designed to cut through the top few millimeters of the bottom and chase the shrimp into a huge net that follows a heavy chain. The net is kept open by fin-like structures called otter boards. These may weigh a tonne or more and dig wide furrows in the ground as they go.

Years ago the industry faced criticism over the accidental capture of turtles while shrimp fishing. Lots of effort was put into ‘excluder devices’ to try to reduce the killing of these endangered species. I’ve never seen an ‘excluder device’ used here in Asia.

I have done underwater work on shrimp fishing nets at the Australian Maritime College and while the nets were on the bottom along the Queensland Coast. By allowing myself to be ‘caught’ I could work inside the net while it was fishing. I could film with a camera in one hand and hang on like my life depended on it with the other. The working nets are unbelievable as they slice through everything in their path.

Virtually nothing escapes and the masses of unwanted fish, called bycatch, are dumped back into the sea and don’t survive the ordeal. About 90% of a shrimp trawler’s catch is wasted. In Australia that can amount to several tonnes of by-catch per night per boat. Multiply that by the 300 or so boats fishing the Queensland Coast and we are killing about 1,000 tonnes of marine life each day in Great Barrier Reef waters alone.

Many governments today are reacting to the widespread destruction of marine life by attempting to restrict trawling. Palau President Tommy Remengesau has called for a ban on destructive and unregulated bottom trawling beyond national jurisdictions and Palau has led the effort at the United Nations and in the Pacific to achieve a consensus by countries to take this action at an international level (ENB Bulletin, 20 Feb, 2006). Palau has been joined by the Federated States of Micronesia, the Republic of the Marshall Islands, and Tuvalu in supporting an interim bottom trawling ban at the United Nations. Sadly, the motion was blocked by countries with fishing interests in those areas (BBC News).

Bottom Trawling has been banned since 2006 in 1/3 of New Zealand’s waters through the efforts of Fisheries Minister Jim Anderton (although a large percentage of these areas were not viable for bottom trawling in the first place). Norway, Chile, Canada, Australia, and Kiribati have followed suit with partial trawling bans. Pulau, Belize, Indonesia, and Hong Kong have closed all their waters to trawling.

Most of the world’s fisheries are food fisheries supplying roughly 40% of the protein consumed by nearly two-thirds of the world’s population. Some 38 million people make all or most of their living from fishing, landing about 90 million tonnes of fish per year.

But now our oceans are in crisis!

The FAO estimates that 70% of commercial fisheries have already collapsed or are now collapsing. Sadly, many of these will never recover and will be lost forever. Top predators like tuna, shark, and swordfish have been reduced to a mere 10% of their original numbers and some species are facing probable extinction. I have been told that Malaysian fisheries have removed about 95% of their stocks and this overfishing is probably widespread throughout Asia.

Each year we kill and discard globally 30 million tonnes of accidentally caught (bycatch) marine life including dolphins, turtles, crabs, and juvenile fish. In fact, most of the catch of the world’s trawlers is of no use to fishermen. As we remove these animals from the food-web we drive down biodiversity and strangle the ocean’s ecological processes.

There is now no doubt that trawl fisheries, like shrimp fishing, are not only unsustainable, they are the most environmentally damaging method of fishing on a large scale.

We now face a dilemma according to Dr Worm (Dalhousie University, 2013) and other leading scientists. If we continue to trawl for shrimp and other species there is every likelihood that there will be no more resource to fish after about 2050. If we restrict trawling, then the price of shrimp and other species will become prohibitively expensive in the short term but the resources have a chance of sustainability.

If the only choice is between these two then no reasonable person could support the continuation of bottom trawling. It would be madness to continue doing something that will destroy our fisheries and disrupt the lives of millions of people.

But there may be an alternative. About half of the world’s fish are farmed. What about shrimp? Where do they fit into the fish farming picture?

My next post will look at shrimp farming. Is it the answer to our prayers or are we making matters even worse?