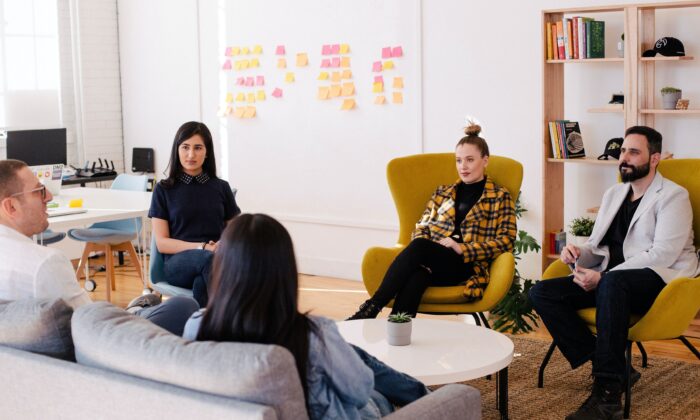 Should speech be completely free or should there be some protections against language that intends to dehumanise and insult people? (Jason Goodman/Unsplash)
Viewpoints

Should There Be Limits to Free Speech?

The question, “Should there be limits to free speech?” is not controversial. This is because most people while recognising the importance of free speech in society, are attuned to the dangers that unrestricted free speech could inflict on unsuspecting victims.

After a lifetime of teaching, researching, reading, and writing, my instinctive reaction to the question is that speech should ideally be free.

This view is based on the idea that a society that limits free speech implicitly acknowledges its own weaknesses and is afraid to discuss or tolerate controversial and challenging ideas that might impact social harmony.

Even though people might acknowledge the importance of free speech in a democracy, it is precisely through democratic means that the Parliament restricts free speech and fails to repeal laws that limit free speech.

A good example in Australia is the inability of the Coalition government to repeal section 18C(1) of  the Racial Discrimination Act 1975, which makes it “unlawful for a person to do an act, otherwise than in private, if: (a) the act is reasonably likely, in all the circumstances, to offend, insult, humiliate or intimidate another person or a group of people; and (b) the act is done because of the race, colour or national or ethnic origin of the other person or of some or all of the people in the group.”

This contentious section, which has been the subject of major scholarly criticism, relies on the subjective emotions of persons who feels victimised by another person’s speech to satisfy the first part of the section.

The second part of the section activates investigations conducted by Australia’s human rights bureaucracy to determine the intent of the alleged miscreant. It is certain that section 18C inhibits discussion in Australia of sensitive yet important issues.

It is ironic that the human rights bureaucracy has used this section to silence people and to humiliate them, which is precisely what the section is meant to guard against.

Free speech enables a public discussion of people’s frustrations, rather than allowing them to fester and infect, where they would simmer like a tremulous volcano, only to erupt later with devastating consequences.

However, this bucolic view of free speech—which is that speech should ideally be free—is challenged when commentators attack the character and reputation of columnists rather than evaluating and assessing the content of the speech.

In doing so, they use an ad hominem approach, which seeks to ridicule the columnists who wrote the opinion pieces in good faith, thereby seeking to dehumanise them.

Both right and left-leaning people are guilty of this abominable practice. The columnists might be attacked personally if their arguments do not religiously mimic the views of the commentators.

So it happened that, from time to time, people reading my opinion pieces have made comments, which should not be repeated here because they are vile and uncivilised. Certainly, they could hardly be described as terms of endearment!

It is always important to address the arguments made in opinion pieces rather than seeking to dehumanise the person making them.

One does not consider the validity of their arguments by smearing the character of the person making those arguments or by making assumptions that are easily rebuttable.

As an academic, I taught mooting and advocacy in various universities. I told my advocacy students always to consider the arguments proffered by scholars and laypeople and never to attack the person’s character.

I stressed that ad hominem arguments are counterproductive in that they do not solve any problems. Additionally, I also urged my students to evaluate and assess the strongest arguments of their opponents because it is only in that case that they will be considered strong themselves.

Indeed, it is unproductive to criticise weak arguments because such criticisms would not prove the strength of the critic.

Yet, this is what our cancel culture environment has come to. It is even sadder to know that it happens in right-of-centre publications where you expect people to be interested in the objective and impartial discussion of issues.

For example, in one of my opinion pieces published on this website, I argued that the compulsory medical examination of 13 Australian women of child-bearing age in Qatar’s Hamad International Airport in 2020 constituted an example of egregious human rights abuse.

I also argued that it is necessary to consider the context in which the abuse took place to facilitate reconciliation and a resolution to the dispute acceptable to all parties.

Indeed, if one were to dogmatically insist that, as a matter of principle, the abuse is wrong (which it was) without, however, considering the motivations of the other side, no resolution is likely to emerge.

Positional bargaining never works in a negotiation because parties would simply stand on their view and not budge at all, whereas a speedy and acceptable resolution must consider the interests of all the parties, including those of the abusing entity.

The use of vile language in a comment on an opinion piece is thus pointless because such a comment merely dehumanises the columnist and fails to evaluate the arguments presented.

This leads me to the question asked: “Should there be limits to free speech?” Ideally, speech should be free. But, as we live in a society, a person’s freedom should not abrogate the freedom of others.

In this context, in Chaplinsky v New Hampshire, the American Supreme Court decided that the First Amendment to the American Constitution—which is the free speech provision of the Constitution—does not protect “fighting” words. These are words which “by their very utterance, inflict injury or tend to incite an immediate breach of the peace.” The amendment also does not protect obscene, pornographic material directed at minors.

The maintenance of a civilised society requires the greatest amount of freedom of speech and the least number of restrictions as is necessary to protect the legitimate interests of society and its people.

Gabriël Moens
Follow
Gabriël A. Moens AM is an emeritus professor of law at the University of Queensland, and served as pro vice-chancellor and dean at Murdoch University. In 2003, Moens was awarded the Australian Centenary Medal by the prime minister for services to education. He has taught extensively across Australia, Asia, Europe, and the United States. Moens has recently published two novels “A Twisted Choice” (Boolarong Press, 2020) and “The Coincidence” (Connor Court Publishing, 2021).