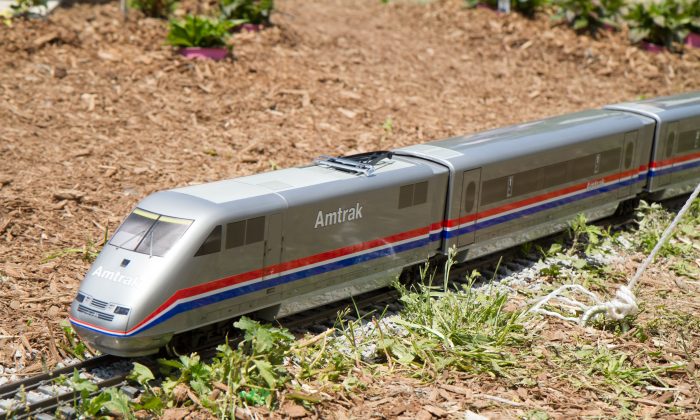 An Amtrak train in the World’s Fair Train Show at the Queen’s Botanical Garden on May 25, 2015 presented by the Long Island Garden Railway Society, Inc. (Holly Kellum/Epoch Times)
US News

Shots Fired on Amtrak Train in Arizona, 1 in Custody

One person is in custody after someone opened fire Monday aboard an Amtrak train in Tucson, Arizona, police said.

The shooting happened just after 8 a.m. on a train parked at the station in the city’s downtown. Authorities say the scene has been secured and no threat remains.

There are no reported injuries to the crew or passengers, said Amtrak spokesman Jason Abrams.

The Sunset Limited, Train 2, was traveling from Los Angeles to New Orleans, and arrived at the Tucson station at 7:40 am, Abrams said. There were 137 passengers and 11 crew members, he said. All have been evacuated to the station.