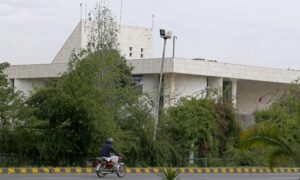 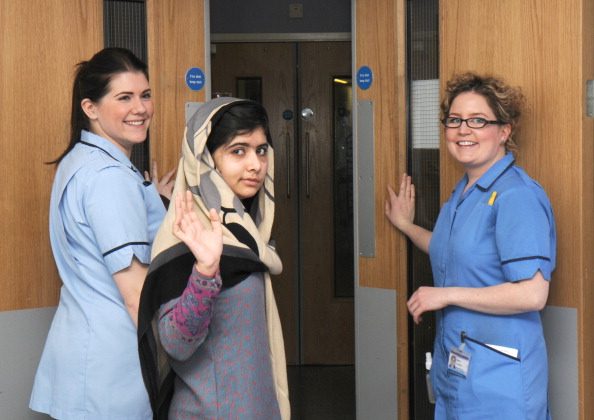 Shot Pakistani Activist Malala Will Push on With Campaign (+Video)

The Pakistani schoolgirl who was shot in the head last year by Taliban gunmen said that she will press on with her campaign to promote girls’ education in Pakistan—the same mission that triggered the militants to attack her.

The case of 15-year-old Malala Yousafzai, who was a nominee for Time’s “Person of the Year” in 2012, drew worldwide attention, sparking outrage in Pakistan and many Western countries. On Feb. 2, the young activist underwent surgery at Queen Elizabeth Hospital in Birmingham in the United Kingdom.

“Today you can see that I am alive. I can speak, I can see you, I can see everyone,” she said in English in a video. It was the first recorded statement she made since being shot by Tehrik-e-Taliban militants in the restive Swat Valley while she was traveling on a school bus, Oct. 9.

”It’s just because of the prayers of people. Because all people—men, women, children—all of them have prayed for me,” Yousafzai said. She said she will strive to “serve the people. I want every girl, every child, to be educated,” adding, “For that reason, we have organized the Malala Fund.”

The Taliban shot her because they said she was campaigning for the education of girls and women, as well as promoting “Western thinking,” while criticizing the Taliban. According to the hospital, the medical team working on her had to replace a portion of her skull with a titanium plate because it was missing, due to the point-blank gunshot wound.

Yousafzai was flown to the U.K. to receive treatment days after she was shot, for both medical care and for protection from Taliban militants, who have made threats to attack her again.

On Feb. 4, the hospital released another video of her in bed, conversing with one of her doctors following the operation on her skull. During the surgery, they also gave her a cochlear implant to restore some hearing to her damaged ear.

“I’m feeling all right and I’m happy that the operations, both the operations, were successful,” she told her doctor in the video. “My mission is the same, to help people, and I will do that.” She added, “I think everything is fine; it’s better.”

The Malala Fund that she referred to in the previous video was created to promote education for girls. When she was 11, Yousafzai maintained a blog with the BBC’s Urdu-language service, telling of her life under the rule of the Taliban in Swat.

The charity was established “on behalf of Malala and her family, working together with supporters of the cause, including the United Nations Foundation,” the Vital Voices’ website states.

The Taliban no longer controls the Swat Valley, after a military offensive drove them out in 2009. Pakistan’s interior minister said Monday that his office is ready to hold talks with domestic Taliban militants. The militants have led an insurgency that has killed thousands in recent years.

Rehman Malik, the minister, said the government would respond to an offer made by the Taliban in two to three days’ time, reported the Dawn newspaper. “You tell us what team you would like to talk to, and let’s set an agenda,” he said.