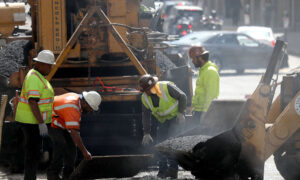 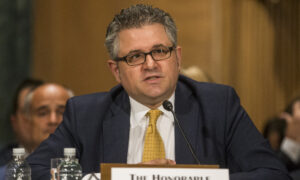 Mortgage Servicers Get Relief Amid Wave of Home Loan Forbearance
0 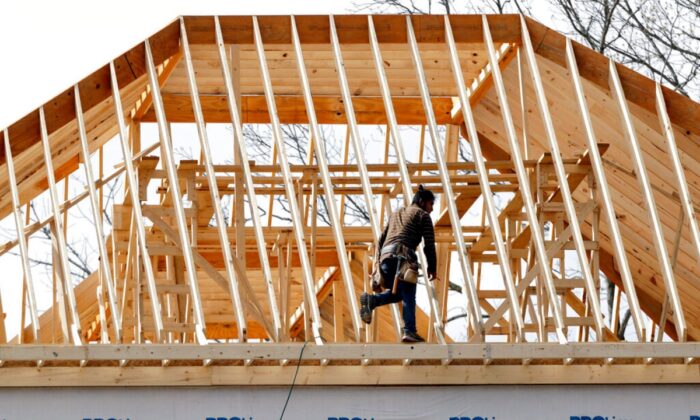 A construction worker walks along a roof on a new home in Nashville, Tenn., on March 25, 2020. (Mark Humphrey/AP Photo)
Markets

Supply shortages of framing lumber and oriented strand board (OSB) are harming the United States’ economic recovery and its burgeoning housing market, the National Association of Home Builders (NAHB) says.

The group stressed, in a letter to President Donald Trump last week, that skyrocketing prices and chronic shortages of lumber are hindering the construction industry’s ability to create jobs and drive the economy forward.

According to the NAHB, log and sawn-wood shortages have caused prices to increase by 80 percent since mid-April, while OSB prices have jumped by almost 140 percent over the past year. Prices for framing lumber reached new highs in late July.

The NAHB described the price increases as unsustainable, and called for a multi-prong approach to lower prices and improve supply.

“NAHB believes the White House can play a constructive role to alleviate this growing threat to housing and the economy by urging domestic lumber producers to ramp up production to ease growing shortages,” NAHB CEO Gerald Howard said in the letter. Howard also called on the president to reach out to domestic producers to produce more lumber, and to work with Canada on a new softwood lumber agreement to improve supply.

The NAHB is also seeking to meet with U.S. Trade Representative Robert Lighthizer on the issue.

NAHB is urging the White House to play a constructive role in ending the #lumber pricing crisis by calling on domestic lumber producers to ramp up production and working with Canada on a new agreement that would end tariffs of 20%+ on Canadian lumber. https://t.co/OuwMzLI67o

The housing construction market has proved remarkably resilient to the CCP (Chinese Communist Party) virus crisis, with permits for single-family construction up 3.4 percent in the first half of 2020 from the year-earlier period. However, a range of factors combined in recent months to leave hardware stores around the country short-stocked.

Lumber mills across the United States closed in spring due to social distancing measures enacted by local and state governments, and lumber prices tumbled in March and April, according to the NAHB. Many sawmills and lumber product manufacturing organizations projected that the U.S. housing market would be adversely affected by measures taken to combat the CCP virus, and anticipated a significant decline in demand for lumber and associated products.

Such producers responded to the market outlook by substantially decreasing output and capacity utilization, and by laying off employees. Many subsequently failed to anticipate the increase in demand from DIY customers and big-box retail outlets.

“Housing weathered the storm much better than most anticipated,” the NAHB stated.

The association explained that DIY demand hasn’t receded much as Americans have returned to work, while construction demand has completely outpaced lumber mills’ projections.

“Housing’s potential for growth and to lead the economy forward is limited as long as lumber remains expensive and scarce. And the ramifications for job growth are significant,” said Howard, who also pointed out the loss of government tax revenue that would result from a stymied construction industry.

The Canadian lumber market also is experiencing a tightening of supply for similar reasons to its U.S. counterpart.

Lumber products giant Interfor Corp. stated in its second-quarter results (pdf) that mills across the country curtailed production in March, which has resulted in “supply shortages and higher lumber prices.” The company also expects near-term demand to remain strong across North America.

According to industry journal Canadian Forest Industries, many sawmills are still ramping up mothballed production lines, so that lumber delivery lead times continue to grow.

NAHB’s Howard called on Trump to work with Canada toward a new agreement on software lumber. The NAHB said lumber shipments from Canada to the United States are currently subject to tariffs of more than 20 percent—further depressing supplies into an already tight market and acting as a disincentive to Canadian sawmills.

In May, a NAFTA panel backed a U.S. International Trade Commission decision that softwood lumber imports from Canada “materially injured” U.S. workers and producers. It said that, unlike in the United States, the Canadian government provides “massive subsidies” to its lumber industry.

The U.S. Lumber Coalition (USLC) welcomed the decision, which it said would help preserve the U.S. lumber industry and the 350,000 employees that rely on it.

In August 2019, USLC Executive Director Zoltan van Heyningen rejected that softwood lumber pricing was an important factor in either U.S. homeownership or affordability. In an article published by The Hill, van Heyningen stated that lumber makes up less than 2 percent of the cost of a new home.

He said worker shortages, permitting costs, and the lack of suitable lots are more significant issues.