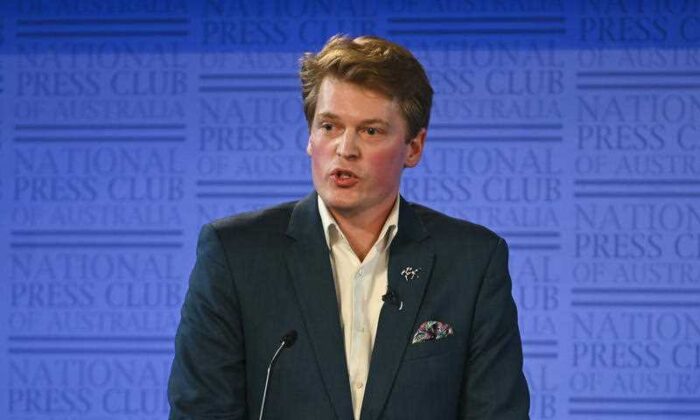 Australia’s largest Christian lobby group is mobilising to put pressure on centre-right Liberal MPs who they say are not standing up for religious freedom.

The Australian Christian Lobby on Wednesday announced its largest information campaign ahead of the federal election, which its managing director said would aim at “calling out” and preventing “ideological cancer” that has been “growing” inside the Liberal-National coalition party.

Martyn Iles, managing director of the ACL, said the campaign seeks to “empower the right people” who would stand up for traditional values on issues such as same-sex marriage, abortion, euthanasia, queer education, and religious freedom.

The campaign comes as a response to the shelving of the religious discrimination bill, which would allow faith-based schools to teach and employ staff on the basis of faith.

They crossed the floor to back Labor’s changes to the Sex Discrimination Act, which would have removed some exemptions for religious schools and strengthened protections for transgender students.

In a bid to appease moderate Liberal MPs, Prime Minister Scott Morrison has shelved the package until after the election.

Iles described the Liberal MPs’ move as a drift from “a pretty basic Liberal value,” saying they have refused “to vote to protect people of faith from discrimination.”

He also accused the parliamentarians of trying to “hijack” the religious discrimination bill by adding amendments and by “deleting laws which Christian schools really rely on.”

“The question for us is, can we allow the moderates in the Liberal Party to continue to be the ideological cancer to drift Liberal Party to the left to not even vote to protect people of faith,” Iles said.

In response to concerns that ousting moderate Liberals would result in a Labor government that also votes against the religious discrimination bill, Iles emphasised the need to make “short term” sacrifices for “long term gain.”

“When I was told that by people in the Liberal Party, ‘who else you’re going to vote for,’ it just confirmed for me that we need to break this circuit, we just have to, and if that means some short term pain for some long term gain, in order to stop this drift in the Liberal Party and of the Labor Party … no problem,” he added.

The campaign will be supported by a pool of 7,700 volunteers and will include flyer drops in key electorates, phone canvassing, robocalls, billboards, newspaper ads, and other methods.