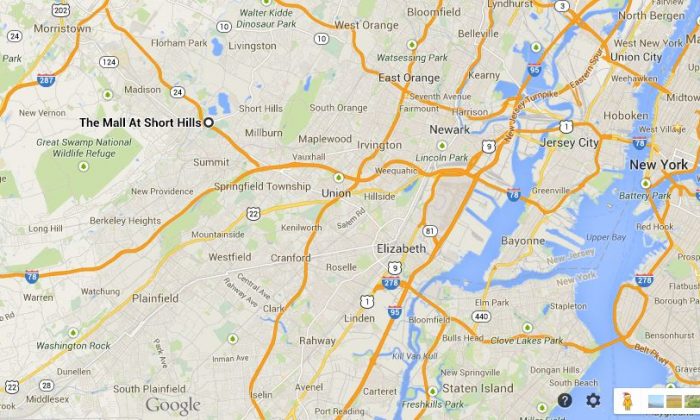 Short Hills Mall in NJ: Lockdown Lifted After Shooting Outside the Mall

Short Hills Mall was on lockdown on Sunday night after a shooting near the mall, but the lockdown has been lifted.

Someone was shot during a carjacking outside the New Jersey mall, two law enforcement sources told the Star-Ledger.

The victim, who was shot in the head, was taken to Morristown Medical Center in critical condition.

The mall closed at 6 p.m. today but some employees were still inside. It is in Short Hills, in the area of Millburn, New Jersey.

Robert Newman, an employee shuttle driver with Country Club Services, told the newspaper that he heard two shots fired and a woman screaming around 8:30 p.m. Then he saw a green Suburu speed pas him “at 100 miles per hour.”

Police are reportedly looking for a Land Rover with a missing rear window, that has a New Jersey licence plate: U26BVD.

The shooting took place about five weeks after the Garden State Plaza mall shooting in New Jersey. The gunman in that situation didn’t shoot anyone and later took  his own life.