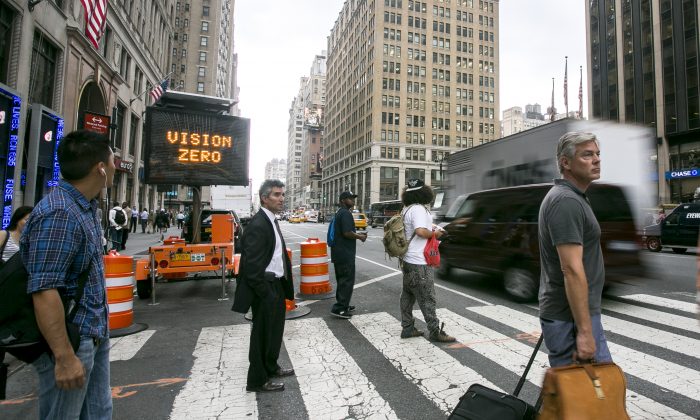 One of the wounded is in critical condition.

The suspects have not been captured, but sources told the NY Daily News that three men were seen fleeing the scene at 35th Street and 8th Avenue in a silver vehicle around 6:15 a.m.

The intersection is one block north of Penn Station, one of the busiest hubs in the city.

Police said the individuals “were heard having a dispute prior to shooting.”

“We are looking for 1 shooter & 2 other men,” the NYPD confirmed via Twitter.

Streets in the area were closed, while subways and buses were being re-routed.

The wounded were soon rushed to Bellevue Hospital.