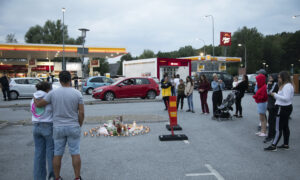 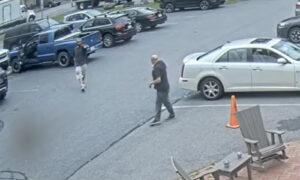 Police: Man Charged With Shooting at Employee After Being Asked to Wear a Mask
0

A shooting in Washington left at least one person dead and numerous people injured overnight, an official said.

The shooting occurred around 33rd Street and Dubois Place at around 12:30 a.m. on Sunday morning, said police, according to ABC News. Around 20 people were injured overall.

Nine of those who were injured had serious to critical wounds and were transported to nearby medical facilities, said officials.

According to WTOP, citing police, the deceased victim was identified as a 17-year-old.

A motive in the case was not disclosed. It’s also not clear if a suspect was arrested.

“He had not lived life and for him to have a 1-year-old … they just took my cousin away. This stuff has to stop,” said his cousin, Octavia Brown, according to WTOP.

She said that the shooting occurred near a party, and Brown lived nearby on Minnesota Ave. with his grandmother.

“That baby don’t have no father no more. And he was a baby himself, he was only 17,” Octavia Brown was quoted as saying.

“I saw a young lady, she got shot in the leg. A young man, he was leaning over his car … it sounded like machine guns,” said witness Nelson Bostic, who lives in the area.

Bostic told the station that it was a birthday party.

“You had DJs, everybody was down there. It was more women than men,” said Bostic. “Next thing you know, it was like Beirut out here. It sounded like machine guns and everything else that was going on out here.”

He added, “People laying on the ground. People ducking under cars and stuff like that … it was terrible.”