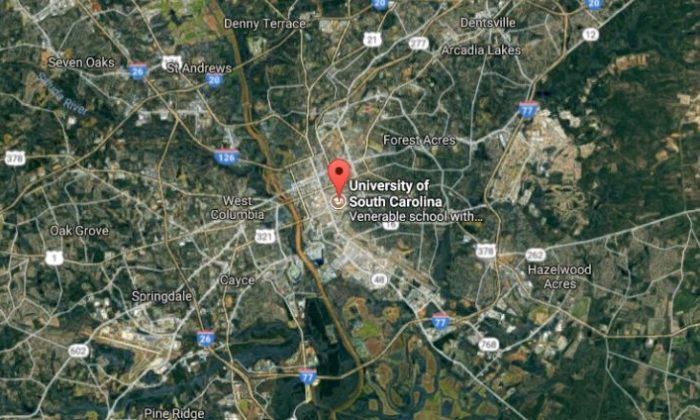 The lockdown has since been lifted, but the suspect hasn't been caught
By Epoch Newsroom

The University of South Carolina was placed on lockdown after a shooting at an apartment complex nearby, according to local media reports.

The lockdown was issued as a precautionary move. WSAV later reported that the lockdown had been lifted.

A representative for USC confirmed that a person living at the Campus Edge Apartments was shot. Five gunshots were heard by residents, the Fox affiliate reported.

The victim isn’t a student. The suspect hasn’t been caught.