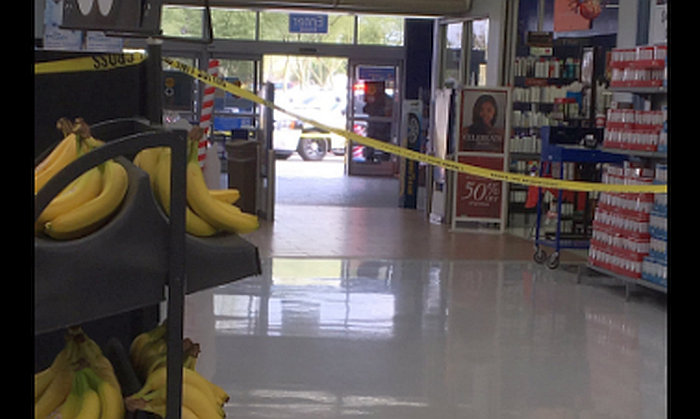 At least two people were shot and wounded inside a Walmart in Glendale, Arizona, on Wednesday, say police. (Glendale Police)
US

At least two people were shot and wounded inside a Walmart in Glendale, Arizona, on Wednesday, say police.

The victims, both identified as male, were taken to nearby hospitals and neither have life-threatening injuries, officials told AZCentral.com.

Police are searching for two people who fled the scene by car or by foot, said Sgt. Scott Waite, a Glendale police spokesman. The shooting wasn’t random and he said the suspects and victims knew one another, the report said. The motive wasn’t immediately known.

Police arrived on the scene of the crime at around 11:15 a.m. after reports of shots fired and victims.

Working #incident at Walmart at 5000 N 95 Avenue. Please stay out of area. #StaySafe

Update: Detectives processing shooting scene for next few hours. Walmart will be closed. 2 male suspects left in a black sedan on Camelback pic.twitter.com/r3ZcxaWoQL

Update: @GlendaleAZPD tactical units have finished clearing the Walmart at 5000 N 95th Ave and have located no additional victims.

Glendale police urged people stay out of the area of the store, near 95th Avenue and Camelback Road, KNXV-TV reported.

“Everybody started panicking,” one witness described to KTVK-TV. “There were like three or four gunshots,” another witness added.