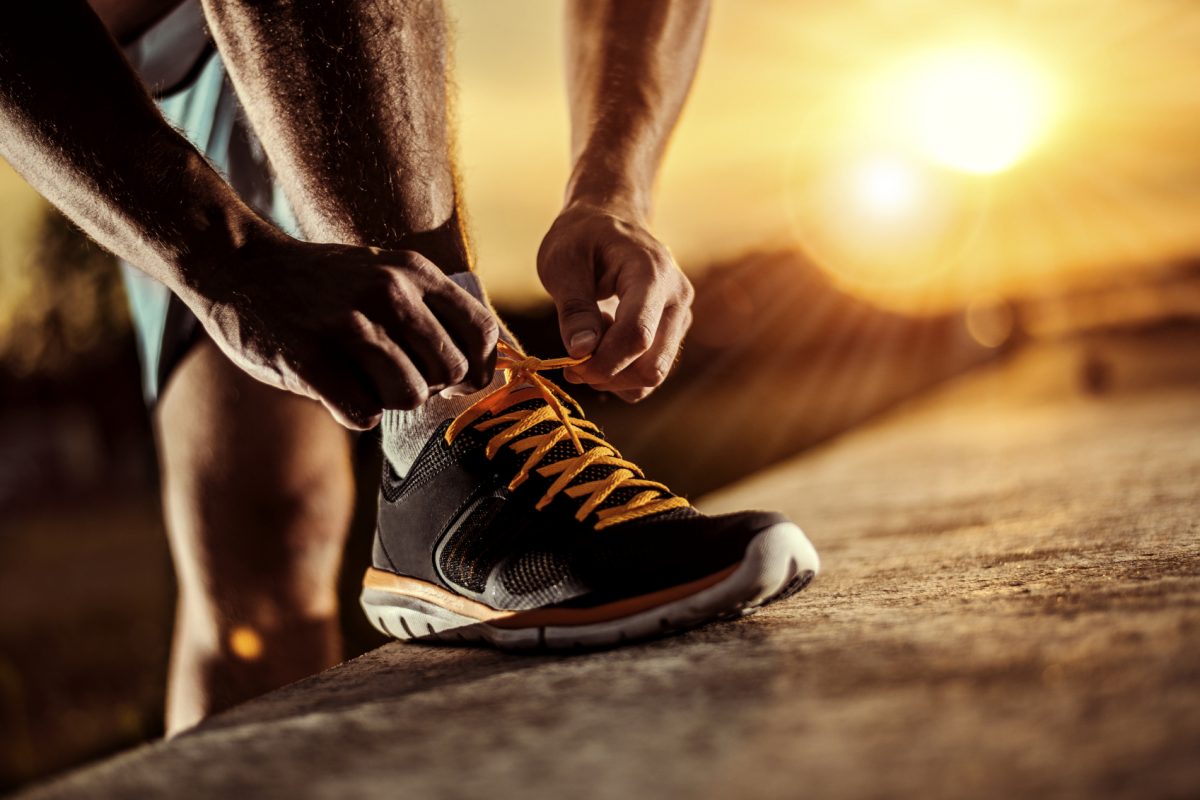 Australian scientists have found that shoes worn outside may be better left at the door than walked through the house.( Ivanko_Brnjakovic/iStock)
Australia

Shoes Off Indoors: Good Manners or Essential for Household Health?

The practice of taking one’s shoes off at the door is often thought of as a cultural choice rather than a hygienic one, however, a study conducted by Australian environmental chemists suggests that this should not be the case.

Scientists from the Australian Macquarie University who are studying the household environment and what contaminants exist within it have determined that when shoes are not taken off at the door a number of harmful contaminants can be walked into the home.

The Chief Environmental Scientist of Victoria’s Environment Protection Authority and Macquarie University Prof. Mark Taylor who co-authored an article in The Conversation with Prof. Gabriel Filippelli from Indiana University said that they have discovered that a third of the matter that builds up inside the home is either blown in or walked in on the bottoms of shoes from the outside.

Taylor is leading the ongoing Macquarie study into household contaminants.

The study found that part of the matter coming in is drug-resistant pathogens otherwise known as superbugs. Superbugs are antibiotic-resistant organisms that are very difficult to treat and life-threatening, they are recognised by the World Health Organisation as one of the top 10 threats to global public health.

Additionally, the study found significant levels of cancer-causing agents such as asphalt residue as well as lawn chemicals that disrupt the endocrine system, which regulates the body’s biological processes.

“Showing that cancers are linked to a specific single exposure would be very hard but we advocate a precautionary approach to minimising exposures,” Taylor said in an email to The Epoch Times.

One of the study’s main focuses was measuring the levels of toxic metals such as lead, arsenic and cadmium in homes across 35 nations. Lead, arsenic and cadmium are colorless and odorless so it’s difficult to determine the source of these metals should they be detected, it’s also not easy to tell whether the toxic metals are in the house’s piping or on the house’s floor.

However, the study found that there was a strong connection between lead in the backyard soil and the lead in the house, indicating that the toxic metal was blown or walked into the house.

Another significant pollutant that shoes can bring into the home is E. coli, which is a dangerous bacteria found in animal feces.

Although it has been argued that the wide distribution of E. coli— which is found on 96 percent of shoes—means there is no point in taking one’s footwear off in the home, Taylor and Filippelli argue that even though the bacteria is widely spread, eliminating a source of it in the home is a good idea considering that high levels of E. coli can make people incredibly sick.

Other pollutants found in the home were radioactive elements—found in fertilizer and glass; perfluorinated chemicals—which can lower immune function and disrupt the endocrine system; and microplastics.

Microplastics are very small particles, measuring less than five millimetres in size, that are composed of mixtures of polymers and functional additives. The particles are dangerous for humans as they can damage cells and cause allergic reactions.

This wealth of dangerous pollutants brought into the home on the bottom of shoes has led Macquarie University researchers to conclude that the practice of wearing your shoes inside is more dangerous than the risks of not wearing shoes in the house, which include stubbing a toe or sterile house syndrome.

Sterile house syndrome refers to the theory that when children are not exposed to the outside world enough they develop more allergies. However, Taylor and Filippelli said these potential risks can easily be addressed by a pair of indoor shoes or taking kids on walks in nature rather than walking significantly dangerous substances through one’s house.

But science is not the only thing encouraging people to stop associating the practice with cultural identity rather than hygiene. The actual history and general reasoning behind the custom point to the practices’ hygienic benefit in traditional societies as well.

Cultural insider and ANU lecturer Eve Chen PhD said in an email to The Epoch Times that she believes the main reason for taking off shoes in Cantonese households, at least in modern times, is hygienic considerations.

“It’s a conventional belief that the outdoor environment is not clean, and is full of dirt, dust, and bacteria that can cause sickness and discomfort of the body.”

“Keeping a home clean and away from the source of contamination is what primarily motivates the practice of taking off one’s shoes before entering the home space.”

Chen said that the practice of taking shoes off inside the home does not stand alone in her culture.

“It’s accompanied by other common Chinese/Cantonese household rules such as changing the ‘outside’ clothes as soon as one arrives home, avoiding sitting on the bed if wearing ‘outside’ clothes, and showering before going to bed.”

“The core mentality of these ‘rules’ is that ‘we should avoid bringing in anything ‘unclean’ from the outside into our home.”

Despite hygiene driving the custom, Chen said that for Cantonese people the mentality was somewhat cultural as well as there is a traditional understanding that a home is a private place for family, excluding outsiders.

She said that Cantonese people do not traditionally have social activities in their homes but rather in public venues.

“For some, inviting guests to their home is a very rare gesture and if it happens, the gesture is to show utmost respect to the guests, implying that these guests are so valued and respected that they are treated like family.”

“As such, ‘shoes’ as something used outside the home for social/practical purposes and may carry substances from the ‘outside’, are meant to be taken off.”

From a guest’s perspective, Chen said that offering to take one’s shoes off or taking them off without asking at the entrance of a Chinese/Cantonese home is a practical gesture of politeness, to show the host respect.

“As in ‘I value and respect your home and privacy that I will not contaminate it with anything unclean from the outside’,” she said.

“I am not sure about the historical root of this custom, but I assume it may also have something to do with ‘respect’ and ‘honor’ and showing modesty, which is like taking one’s hat off on solemn occasions.”

The Dean of Research Engagement, Impact and Innovation at ANU’s College of Arts and Social Science, Prof. Simone Dennis told The Epoch Times that the history of taking one’s shoes off is an old one.

Dennis said that she believes the universality of the practice around the world comes back to the ways that humans tend to classify the world, and how for some things like shoes the classification is the same across multiple different cultures.

“Mary Douglas described this in 1966 in her Purity and Danger book that, using earlier Levi Straussian ideas, describes how people seek to organise and pattern the world in key ways,” she said.

“Binaries feature—day/night, self/other, life/death—stuff like that. Clean and dirty is a big one.”

She said that Douglas described dirt as not really a thing as it only becomes a category when something falls out of place in the human system of classification or human taxonomy.

“For instance, the earth is celebrated as a rich and generative medium for growing things, but tracked inside, it’s dirt,” Dennis said. “Hair is gorgeous and lustrous on the head — absolutely disgusting in cake served to you at the cafe.”

“When it’s out of the place we have allocated it, it’s dirty—they have crossed a boundary.”

Dennis said that shoes are seen as a threat to the cleanliness and integrity of the home because they are the main vehicle that crosses the boundary, separating the outside and all of its pollutants from the inside.

She added that the strength of that boundary has increased during the pandemic, because the epidemic has raised the significance of the home’s threshold.

For Dennis, though, the custom of taking one’s shoes off is more about keeping shoes in their classification than keeping the house pristine because outside pollutants enter the house in other ways all the time.

“It’s a bit like the five-second rule—dropping food on the ground and then picking it up after five seconds doesn’t render it clean, but it does a little ritual work that makes us feel better and sets things back in order,” Dennis said.

“Taking shoes off is similar, as well as practically removing some of the physical tracking of matter inside.”