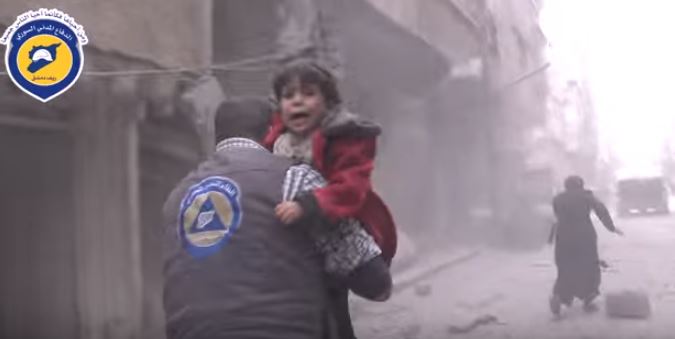 Shocking Video Shows Aftermath of Airstrike in Syria, as Children Scream ‘I want my…’

Shocking new footage shows children screaming for their mothers after an airstrike hit their neighborhood east of Damascus.

At least 49 people were killed and more than 200 wounded after airstrikes on rebel-held areas on December 13.

The stunning video shows rescue efforts by Syrian Civil Defense volunteers after some of the strikes.

One boy is picked up by a volunteer, who runs to a waiting vehicle to deposit the lad in it.

“I want my mother,” the distraught boy screams.

Another boy appears near the end of the clip, also sobbing in fright.