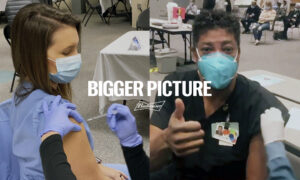 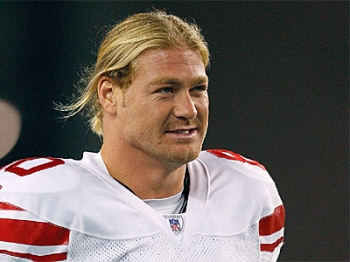 From the Big Apple and Easy E to the Big Easy

The deal was first reported by FoxSports.com. Jeremy Shockey has been traded to the New Orleans Saints for a second and a fifth round draft picks in the 2009 upcoming NFL draft.

Before analyzing why this trade has taken place, let’s go back a few years. The year was 2002, he was just a big name rookie coming into his first NFL camp. It is customary for a rookie in the NFL to go through some hazing by veterans, especially in camp. They are asked to sing their school song, run to the local store to pick up some snacks, or other customary pranks that make the 90 plus degree heat, the two-a-day practices, and say, being tied to a football post for a half an hour, until someone takes pity on you and unties you, all part of their initiation to the NFL. These are all part of the NFL rights of passage for a young player, part of the NFL culture that goes along with the limelight, the media, the famous athlete syndrome, and all other perks NFL players gets used to over the years. When asked to sing in the cafeteria a rookie will shyly and unwillingly begin to sing.

Jeremy Shockey was not about to sing for anyone, he wasn’t backing down from anyone, veterans or not, he really didn’t care. A fight ensued. That first year on and off the field, Shockey earned the respect of his teammates and the rest of the NFL. He played the game much like he came into camp that first year, at full speed.

The former first round raft pick of the New York Giants has been many things, a leader in the locker room, certainly one of the most productive players on the field. The four-time pro-bowler has 371 catches for 4,228 yards and 27 touchdowns in his six-year NFL career. Shockey is only 28 year old, relatively young for such an accomplished athlete. His only issue with team was a lack of downfield plays which could better utilize his abundant downfield speed. The Giants loved to use him as a blocker in the run game, which only speaks to the overall value of the 28-year-old star.

Why have the Giants coming off the Super Bowl XLII victory, traded one of their best players, who happened to be injured during their Super Bowl run, and didn’t have an opportunity to play? Was it his overpowering, overbearing, and outgoing personality? Was it his all or nothing attitude with which he played the game? Was it his candid interview style?

No! The number one reason why Jeremy Shockey is going to be enjoying the Cajun cuisine in the Big Easy is Ely Manning. Regardless of the fact that Ely didn’t ask for this trade, and would love to have his big Red Zone target back next year, the reason why GM Jerry Reese and head coach Tom Coughlin shipped Shockey was Ely Manning.

Why is Ely referred to by many as the Easy E? Few are as laid back in the NFL as Ely Manning, and why shouldn’t Ely Manning have a laid back personality? Let’s face it, his father, Archie Manning was and is a football legend, not only due to his unquestionable football skills, the effort he put forth through his 14 years in the NFL, but for his inability to win anything over the course of his career. Stuck all those years on truly dreadful teams, 11 of which, on the New Orleans Saints, the same Saints who have now traded for Shockey, have prevented him from having a truly more illustrious career. Ely’s brother, Payton Manning is one of the two best quarterbacks in the league, who also has a Super Bowl ring of his own, along with a few NFL records to his name. Not bad at all.

Ely was the underachieving younger brother, before winning a Super Bowl. He is more thoughtful, considerably less vocal, lead by example type, who doesn’t operate like many players in today’s NFL: screaming at teammates, cursing at them when a mistake is made, ruling the gridiron with his Type-A personality. Manning has done it quietly, like a gentleman, like someone who sees a bigger purpose in life, who respects others around him, who is patient, who does not allow the enormity of the limelight dictate his behavior. My hat is off to Ely Manning. But this is the actual reason why Jeremy Shockey was traded.

The leader of the team needs to be the quarterback; he is the single most important piece of the puzzle. In today’s pass-happy NFL, he controls over 65% of all offensive plays, he determines the outcome of many games, including the Super Bowl. He is the focal point of the media and represents the team most of the time. He is also the one who others look up to for confidence. Quarterback’s ability to take teams deep into the playoffs an even the Super Bowl is the determining factor, and the Giants know this. Could his personality withstand having a Jeremy Shockey, being Jeremy Shockey on this team? We will never know. However, having Ely walk into the locker room and know he is unquestionably the team leader who is much less likely to be challenged, was enough for Jerry Reese and Tom Coughlin to pull the trigger.

The other contributing factor in the decision to trade Shockey was the fact that the Giants won the Super Bowl last year without their flamboyant tight end. Of course having Kevin Boss step up, who replaced Shockey after his year-ending injury, and having caught only five passes in the playoffs takes only a bit of pressure off. But the Giants love run blocking tight ends and feel Boss can do an adequate job catching the ball.

So what about the Saints? No, these aren’t the typical Saints who were hidden in the cellar of the NFL anymore. Their break out season in 2006, having acquired Drew Brees from San Diego, Reggie Bush and Marques Colston in the draft, they were ready for big things in 2008, before all this. And now, in comes Jeremy Shockey, with all his swagger and confidence. No, these are not your typical Saints. Wouldn’t it be something to see the Archie Manning of old compete along side Bush, or Colston, but it wasn’t meant to be.

It seems that by trading the big TE from the Big Apple, the Saints have actually given their newly acquired star the ability to shine on a new and unique New Orleans stage, at the same time giving Ely the opportunity to grow into the leader he is destined to become. Is it all a coincidence that the New Orleans Saints, with whom Archie Manning suffered through all those painful years, give his son an easier road to his own identity? This is why on July 21st Jeremy Shockey was traded from the Big Apple and Easy E to the Big Easy. I hope he likes Cajun food, something tells me he does.