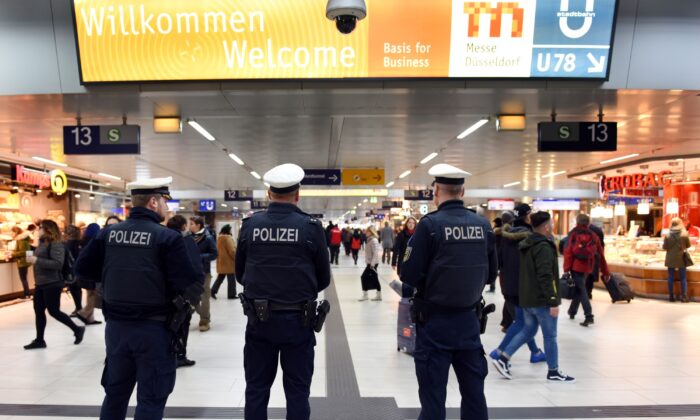 Policemen and passengers are seen in the main train station of Duesseldorf, western Germany, on March 10, 2017. (Horst Ossinger/AFP via Getty Images)
Europe

Shocked Parents Watch Train Speed Off with Baby on Board

BERLIN—A baby in Germany has been reunited with its parents after they watched in horror as it speed off on a train without them on board, police said Monday.

Federal police said the father had put a stroller with his 11-month-old child inside onto the train but was waiting on the platform for his wife to join them when the doors closed and it pulled out of Duesseldorf station early Sunday.

The panicked parents rushed to a taxi in hopes of catching the train at its next stop in the nearby city of Duisburg. But passengers who spotted the unaccompanied baby alerted the conductor, who ordered the train to return to Duesseldorf.

The parents eventually returned too and “the baby was handed back into the care of its grateful parents,” police said in a statement.