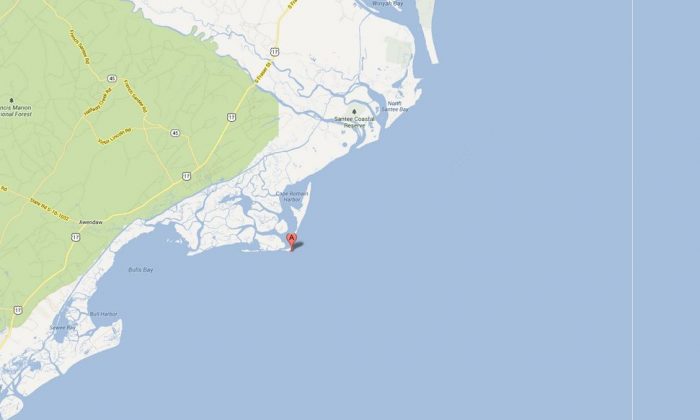 A Google Maps screenshot shows Cape Romain, S.C., near where the shipwreck is located.
Science

The wreck of a 19th century ship identified off the coast of South Carolina might contain gold, according to reports.

“We have positively identified the vessel through the engine type, length, width, type of decking and other construction features, as well as its location, which matches perfectly with historical accounts,” Spence told Discovery.

He described the ship, called the SS Ozamasteamer, is “in surprisingly good condition with most of the ship relatively intact and sitting upright.” The ship wrecked in 1885.

Spence added that he first discovered the shipwreck in 1979, but he “had absolutely no idea it might be valuable until this year when I finally learned her identity during a research on other wrecks.”

This week, it was reported that a shipwreck in Lake Michigan is believed to have been from the 17th century.

Researchers said the ship might have been the Griffin, which was the first full-sized ship to sail on the Great Lakes, according to The Associated Press.