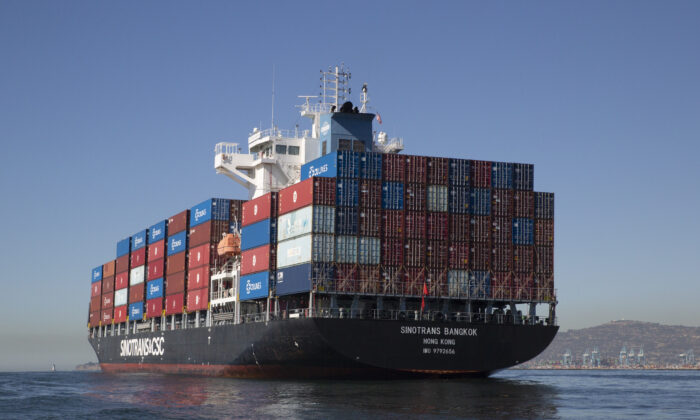 The Port of Los Angeles is struggling to accommodate the demand of American consumers as record imports flow into the country while a 100-ship queue remains at sea waiting to berth.

With no end in sight to traffic congestion, officials at the nation’s busiest port are fighting an uphill battle to keep the shelves in the country stocked with goods. “The sustained and unmatched demand by the American consumer is pushing our import numbers to new levels,” Gene Seroka, LA Port’s executive director, told reporters in an online briefing. “We’re on track for an all-time import record in … 2021.”

Even though the Biden administration proposed a 24-hour shift at the port to tackle the heavy inflow, only one in seven container terminals have been able to operate at that schedule due to conflicts with warehousing and truck transportation.

As the nearby twin-port of Long Beach smashed its all-time record with 8.6 million shipping units, Seroka is considering using National Guards, an option suggested by the White House, to evacuate containers before the situation worsens. “We talked about that [the National Guard] with state and federal officials. I told them what kind of numbers we needed and nothing has materialized to this point,” Seroka said to Freight Waves.

There’s a 50 percent shortage of truckers in the region; almost 3,000 to 4,000 positions remain vacant, according to Seroka. Industry representatives claim that there isn’t any shortage of workers but many truckers do not want to wait in long lines only to be refused entry for failure to report on time.

The Los Angeles port is expected to import approximately 5.5 million cargo units this year, which is an increase of 13 percent compared to 2018. “Even with the strains on the supply chain, we continue to deliver record amounts of cargo,” Seroka said on the call. There are still issues waiting to be resolved but “goods are making their way into the hands of consumers and manufacturers across the country.”

He added that, after threatening to impose fines, the number of containers lying on the docks for more than nine days has been cut by more than half. However, more than 70,000 containers still remain on port property that companies need to clear out soon.

As “the strength of the American consumer” ensures more products keep coming into the country, Seroka said that the complex business of supply chain management will persist.

Even as ships queued up, there was a decrease in the number of imports in November. This has been attributed to major corporations like Amazon and Walmart deploying chartered smaller ships for quick offloading and transportation of their cargo.