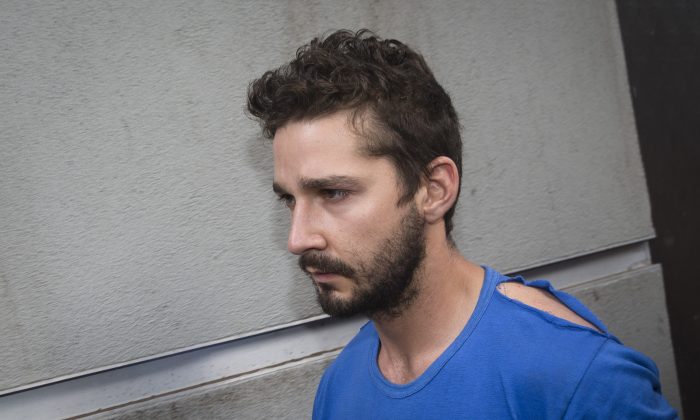 Shia LaBeouf Will Run a #Metamarathon in Amsterdam Museum

Shia LaBeouf is to take part in a performance art installation later this week.

The ‘Transformers’ actor will participate in ‘#Metamarathon’ at modern and contemporary art museum Stedelijik in Amsterdam, he revealed on Twitter.

The museum responded to the 27-year-old actor’s posting, writing: “It’s happening”, before giving out further details of the performance.

They said: “Shia LaBeouf will embark upon a metamarathon around the perimeter of the Stedelijk Museum. Visitors are invited to participate. Running shoes optional. Starts at 2:00 p.m.”

Although Shia hasn’t fully explained what the installation will entail, he has recently been pictured in neon running clothes and documenting his exercise regime on Twitter via the Nike+ app.

And at the weekend, he made a cryptic posting about the definition of the word ‘run’.

He wrote: “RUN: to move swiftly on foot; to PROCESS or execute a PROGRAM or instruction; an unbroken series of PERFORMANCES (sic)”

Earlier this year, the troubled actor took part in another art installation in Los Angeles.

Days after arriving at the Berlin premiere of his film “Nymphomaniac” with a paper bag on his head bearing the words “I am not famous anymore,” Shia held a free exhibition called #IAMSORRY in which he wore the bag and sat in silence opposite fans, reportedly frequently appearing tearful.