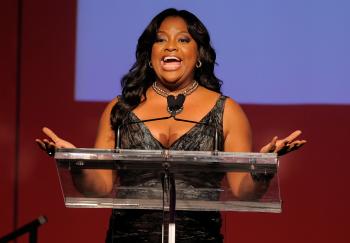 Sherri Shepherd of 'The View' is to wed in August. (Jemal Countess/Getty Images)
Entertainment

The couple was engaged on Dec. 26 after returning home from a San Diego trip. One of Sally’s best friends had decorated the Los Angeles home with lights, put a hat and Santa beard on Shepherd’s dog, and mixed the ring box with a bowl of M&M’s chocolates, according Us Weekly.

The couple, who has been together for over a year, plans to marry in Chicago in August 2011.

Shepherd plans to share details of her engagement when ABC’s The View returns on Jan. 10 after the holiday break, according to a post on the show’s website.