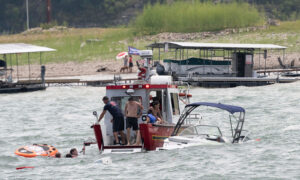 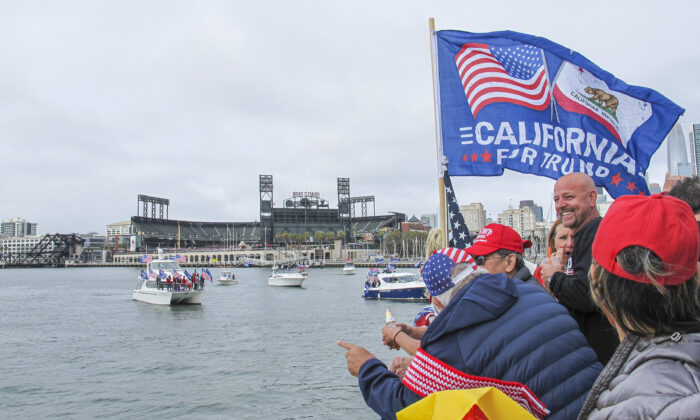 A sheriff in upstate New York has been warned for allegedly violating federal law after flying a pro-Trump flag on a sheriff boat during a summer parade last year.

An investigation into the flag flying incident was launched by the OSC following a complaint that the sheriff’s office flew an altered American flag with former President Donald Trump’s image and his campaign slogan “Making America Great Again” during an event titled the “Trump flotilla” on Oneida Lake, the network reported.

“Because you used an official agency resource to promote a presidential candidate, thus giving the impression that the Oswego County Sheriff’s Office endorsed that candidate, OSC determined that you violated the Hatch Act’s prohibition against using your official authority to affect an election,” the letter, issued by deputy chief of the Hatch Act Unit Erica S. Hamrick, reads.

“Please be advised that if you engage in any future prohibited political activity while employed in a Hatch Act-covered position, OSC would consider such activity to be a willful and knowing violation of the law that could result in disciplinary action,” Hamrick wrote.

The Hatch Act prohibits federal officials from taking part in political activity while on duty.

The warning letter issued said Hilton violated the 1939 Hatch Act legislation, but no further action will be taken against the sheriff. The OSC said it has ended the investigation without any disciplinary action.

Several photos that were printed by local newspapers show Hilton with three other uniformed deputies aboard a marine patrol boat from the sheriff’s office flying an altered American flag bearing Trump’s image and the “MAGA” phrase.

The August 2020 boat parade was one of many that took place across the United States in support of the former president.

The events also set a new world record over labor day weekend as Americans came together on the water to celebrate, depicting a sea of stars, stripes, and Trump flags on lakes in multiple states nationwide.

Hilton also released a statement at the time of the incident, explaining the maritime patrol was providing security to the boat parade when participants handed the flag to law enforcement officers and personally approved to fly it by boat during the event, Fox News reported.

“I did this to show support for the event participants and for our president, who has supported law enforcement at a time when many groups are unjustly vilifying our profession,” the sheriff wrote. “To do so was my decision only, not my deputies’, and I take full and sole responsibility for it.”