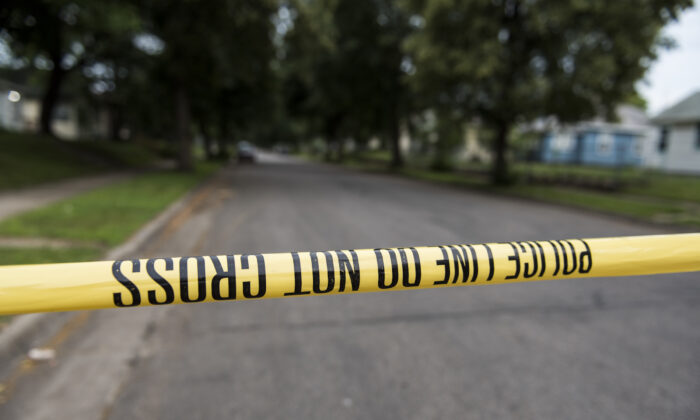 A piece of police tape is seen in a file photo. (Stephen Maturen/Getty Images)
Crime and Incidents

CANDO, N.D.—Sheriff’s deputies are investigating the deaths of four people found shot in a wheat field in rural northeast North Dakota as a murder-suicide.

The Towner County Sheriff’s Office said deputies were dispatched to the field south of Cando, the county seat, about 6 p.m. Monday for a report of four unresponsive individuals.

Responding deputies found four bodies and secured the scene with the help of the North Dakota Bureau of Criminal Investigation and other law enforcement agencies.

A firearm was found in possession of one of the individuals, the sheriff’s office said. Evidence at the scene indicates it was a murder-suicide case and that there is no known threat to the public, according to a statement from Sheriff Andrew Hillier.

The sheriff’s office declined to release the gender, relationship, or identities of those who died or circumstances surrounding the shootings.