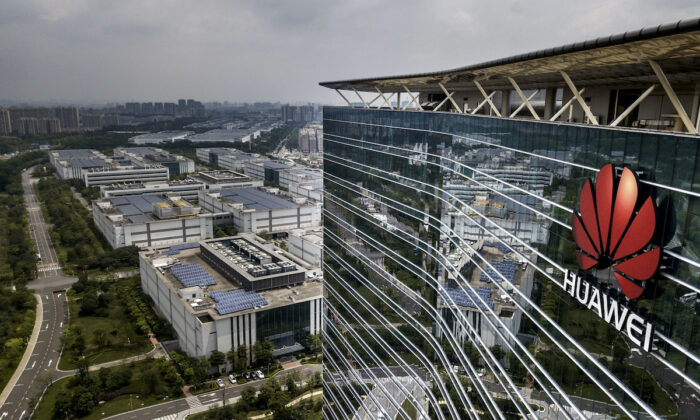 The Huawei logo on the side of the main building at the company's production campus in Dongguan, near Shenzhen, China on April 25, 2019. (Kevin Frayer/Getty Images)
China Business & Economy

Shenzhen’s Sinking Industrial Profits Are a Bellwether for Other Parts of China: Economists

The southeastern Chinese city of Shenzhen—known as a national leader in economic development—has seen its industrial profits plunge during the year.

Monthly data from the Shenzhen Bureau of Statistics reveal the city’s industrial enterprises profits fell by 50.4 percent in July compared to June, a 40 percent drop from last July. August saw a fall of 29.46 percent year-on-year while September data has not yet been released.

Yi Xianrong, a former director of the Financial Development Office of the Chinese Academy of Social Sciences, told The Epoch Times that such a downward trend for this city of 12.6 million people in Guangdong Province will, in time, reverberate throughout the country.

Chinese state media quoted Liu Guohong, the director of the Institute of Finance and Modern Industries of China (Shenzhen) Institute of Comprehensive Development, saying the city’s industrial profit decline is largely attributed to the rising costs of raw materials and international freight. The reason why this has affected Shenzhen so much is that most of its industries are oriented to the international market, Liu said.

“Transportation companies are very cautious to accept orders, because it may not be profitable, and some companies simply cannot afford transportation,” he said.

Danny Lau Tat-pong, the honorary chairman of the Hong Kong Small and Medium Enterprises Association, told The Epoch Times that container prices have jumped to $12,000 from $2,000-3,000 before the epidemic, an increase of three or four times.

Lau added that the cost of various raw materials has soared and noted how oil prices have hit $80 per barrel.

“When higher material costs are passed on to the manufacturing sector, the factory doesn’t dare to raise product prices easily because the end consumers are not willing to pay more,” Jiang said.

Mike Sun, A U.S. investment strategist, further explained, “The current situation of China’s manufacturing industry could be compared to a rat in a bellows, suffering at both ends.”

This is the same as “giving a patient a strong pill that still cannot solve the fundamental problem,” he said.

Yi also pointed out that policy uncertainty from Beijing and the regime’s anti-monopoly restrictions on network giants—such as games and social media operator Tencent—has affected Shenzhen’s digital economy. “It’s also had an indirect impact on electronic manufacturing which is the city’s major industry,” Yi said.

Giant technology corporation Huawei—which is headquartered in the city— is one of those impacted. In the first half of the year, its sales revenue dropped by about 29 percent compared to the same period last year; business revenue plunged by 46 percent year-on-year.

The decline in profits for industrial enterprises will first be reflected through Shenzhen, and they will then gradually be spread to other cities, especially the manufacturing industry, in about six months, Sun said.

He further predicted, that the Yangtze River Delta and Pearl River Delta regions, where China’s exporters are concentrated, will be more affected, while the provinces and cities with resources and extractive industries as their main industry will see an increase in profits.