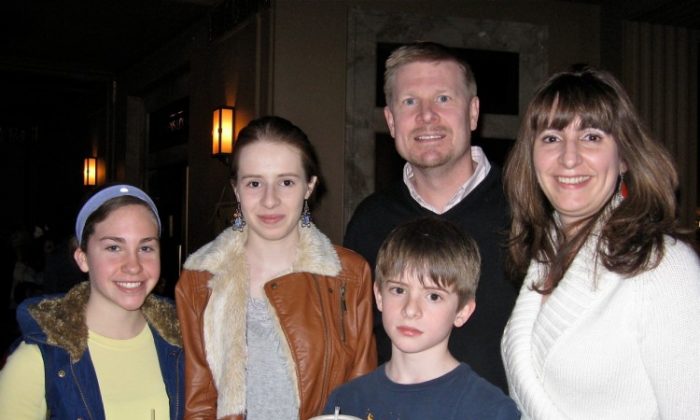 Shen Yun’s Choreography Takes You to a Different World

Ms. Camps said she liked the choreography because “it was kind of relaxing and takes you to another kind of different world.”

“It makes you forget everything, your everyday life, and you just concentrate on the show. It is a nice feeling,” she said.

New York-based Shen Yun’s mission is to revive ancient true Chinese culture that was almost destroyed by the Chinese communist regime, particularly during the Cultural Revolution. It does so through storytelling with classical Chinese dance, traditional folk and ethnic dances, orchestral music and vocal soloists.

“I am very impressed. It is a very nice,” Ms. Camps said. “The skills of the artists
are very, very good, and the costumes are absolutely gorgeous.”

Her young son said the performance was “pretty cool” and that he particularly liked the dancers’ flips. “Flips are classical Chinese dance’s most distinct techniques, and they include two main classifications” according to the Shen Yun website. There is flipping the body and aerial or tumbling moves, which are the most difficult and demanding techniques.

Another feature of the performance that Ms. Camps said she enjoyed was seeing the song lyrics projected in English on the backdrop. “I like it a lot, because when the soprano and the tenor sing the songs, we were able to read and understand what they were saying.”

She said she was then able to “put together the person with the song and the meaning of what they were saying.”