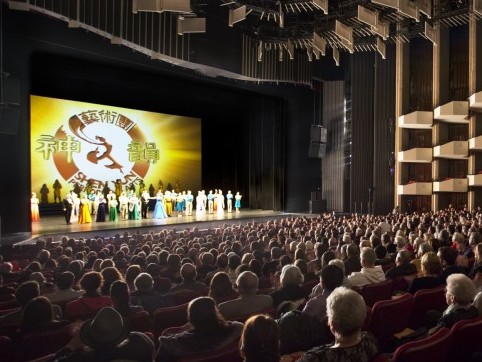 He had been looking forward to attending and wasn’t disappointed.

Mr. Okoh was impressed by the whole performance, noting the colours and particularly the music.
Shen Yun’s orchestra is unique in that it combines Eastern and Western instruments, with Western instruments as the foundation and Chinese instruments leading the melodies. The result is a unique, harmonious sound that brings out the best of both traditions.

“You just could feel how powerful it was. It was just really enlightening,” said Mr. Okoh.

Mr. Okoh appreciated being able to read the lyrics on the backdrop, and noted the humanity reflected in them.

Reporting by Donna He and Madalina Hubert.