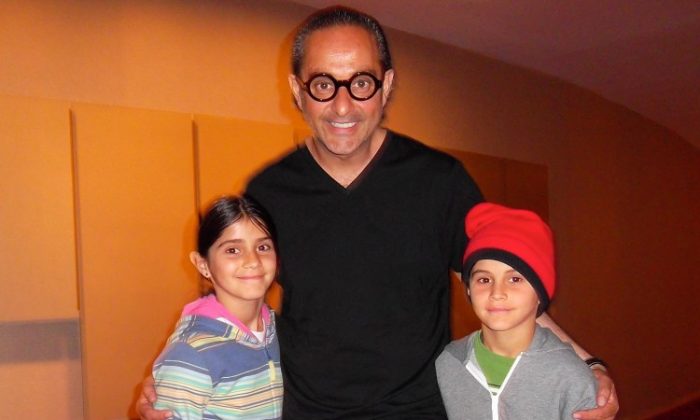 “It’s beautiful. I loved the colors. I love the way that [Shen Yun] bring animation into the foreground,” he said. “Everything is really beautiful.”

The company uses classical Chinese dance in its mission to restore the traditional culture of China that was destroyed under communist rule, the company says on its website. It also uses a colorful and interactive backdrop that is digitally projected, showing scenes from ancient China, mountains, the heavens, and others.

“I thought it was beautifully done. The timing was fantastic—it was like right on,” Mr. Vadukul said.

The precision of Shen Yun’s dancers often draws praise from audience members. Classical Chinese dance is one of the most comprehensive dance systems in the world and takes much skill to master the movements, postures, and tumbling techniques, the company says.

“Everything, from the costumes and the music—I love music very much. My children liked it too,” he said.

The performance also contains elements of China’s spirituality, which has long been influenced by Buddhism, Taoism, and Confucianism, the company says. The messages contained in Shen Yun, Mr. Vadukul said, were “fantastic” and “fascinating.”

Leanna Pearson, who is studying opera singing in graduate school, was similarly impressed with Shen Yun.

Shen Yun’s renowned solo vocalists, who use the bel canto technique, “are great,” she said.

The singers’ “acoustics and resonance, and everything is so forward and present; it is almost like they are right in front of me singing to me.”