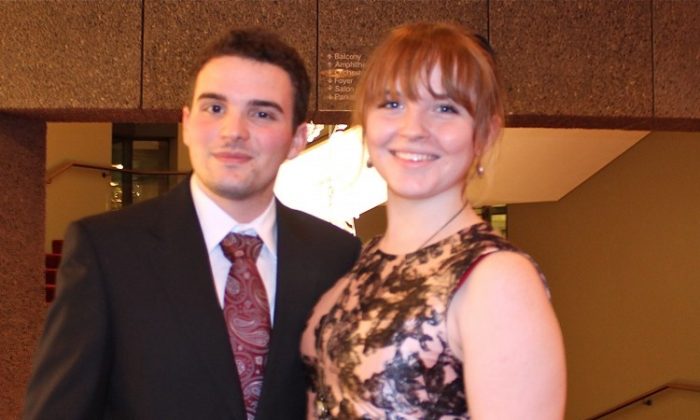 OTTAWA, Canada—Shen Yun Performing Arts sold-out show at Ottawa’s National Arts Centre was a warm spot in a national capital shaking off a snowstorm from earlier in the day.

Jennifer Scharf, a forensic analyst and audio and video specialist for the Royal Canadian Mounted Police, said during the show’s intermission that she was “definitely a big fan of the production.”

It was her second time to see Shen Yun.

“Every time I attend these performances I feel like I get to peer back through time to see highlights of a Chinese civilization that’s so vast and has evolved over so many years. I feel like it’s opened my eyes to a whole new human potential.”

Shen Yun was founded in 2006 on a mission to revive 5,000 years of divinely-inspired Chinese civilization. The show features classical Chinese dance, an art form passed down largely through imperial courts, dynasty after dynasty.

Shen Yun’s dancers are supported by a philharmonic orchestra that includes Chinese instruments leading the melodies. The dancers take the stage in new costumes for every piece.

“Shen Yun’s costume artists collect countless designs of traditional attire, ranging from those of emperors, ministers, and generals to the everyday clothing of the common people,” notes the group’s website.

The dances are set in diverse realms with vivid scenery presented on an animated digital backdrop, a magical window to worlds where Heaven and Earth are one.

“Everything came together in one spectacle,” she said.

Each dance, many of which are based on legends and classical stories from beloved Chinese novels like Journey to the West, contribute to presenting Chinese culture as it once was, a civilization based on virtues like grace, wisdom, and benevolence.

“Growing up in this culture I feel that we are young as a culture, and to see another culture that is so different to us and so beautiful in so many ways—I don’t know if I feel that I understand everything, but I think it’s a complexity we can aspire to,” said Ms. Scharf.

She noted that parts of the performance touching on issues in contemporary China help to further highlight the value of the past.

“I have a lot of hope when I see things like this that people can learn to appreciate the past, and all of the suffering and work that’s gone into forging a culture.”

“I was moved to tears. I hope that they can keep doing it for a long time,” Ms. Scharf said, speaking specifically about two dances touching on the persecution of Falun Gong in China today.

With her that night was Jordan Moreau, who said it was “a very beautiful performance.”

Peter Easton, a deputy director at with the federal government, working in nuclear energy, said Shen Yun was a very interesting visual experience.

“It was very good” he said.

When asked what the couple thought of the dancers, they echoed each other in answering “superb.”

Fine arts student Denise Morrison, has been studying arts for some years, and said she was thrilled with the experience.

“It’s amazing. Everything is so captivating about it. I am having a fantastic night,” said Ms. Morrison.

“Everything about this would intrigue practically all of my friends.”

Ms. Morrison has been dancing for a few years and said she noticed the technical aspects and all the little details. “It is mind-blowing,” she said.

When asked what stood out for her about the performances, she said, “Definitely the live orchestra and the use of scarves and all the flowing material. It really accentuates all their moves.”

She said it would definitely inspire her future work.