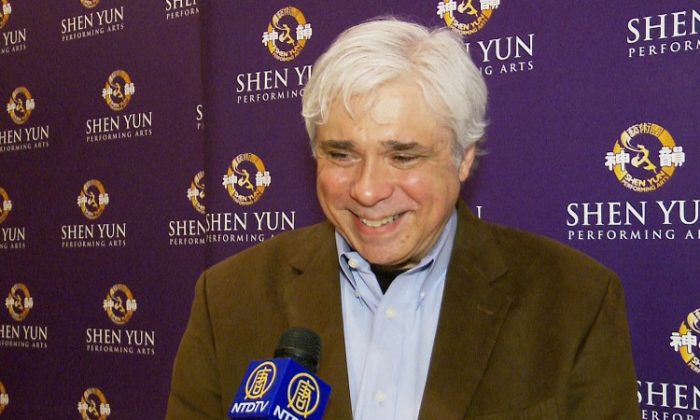 NEW YORK—For someone who has studied Chinese history, Doug White realized there is still so much to learn after seeing Shen Yun Performing Arts at Lincoln Center Wednesday night.

“The feeling I have is that that there is so much about China and its history that we in the United States don’t know,” said Mr. White, adjunct faculty member at Columbia University, philanthropy adviser, and author. “I feel like there is so much to learn from the Chinese people.”

Each year Shen Yun creates an entirely new production; including musical scores, choreography, digitally mastered backdrops, and handcrafted costumes to express China’s ancient myths and legends through the performing arts, according to its website.

Accompanying the dancers are digital backdrops and an orchestra that melds Western classical instruments with Chinese classical instruments, such as the gong, or the 4,000 year-old erhu, also known as the two-stringed Chinese violin. Classical Chinese dance, one of the most comprehensive systems in the world, is at the heart of a Shen Yun performance, and the dancers are adorned in colorful, handcrafted costumes.

The dance Sleeves of Silk impressed Mr. White. “The sleeves, the beautiful sleeves, and the extension of the people into some ideal,” he said. “It was just so warming and so moving. I just could not believe it.”

“Classical Chinese dance uses what are known as ‘water sleeves’ for some of its loveliest expressions,” describes Shen Yun’s program. “Acting as extensions of a dancer’s arms, these sleeves linger in the air long after a movement is finished.”

Shen Yun is based in New York and tours around the world, with the mission of reviving the 5,000 year-old, divinely-inspired Chinese culture, after more than 60 years of communist rule in China nearly destroyed it, according to the company’s website. “However,” the website adds, “the deeper spiritual core of the ancient culture, with its values of benevolence, honor, propriety, wisdom, and sincerity, as well as a reverence for the gods and the heavens, cannot be destroyed.”