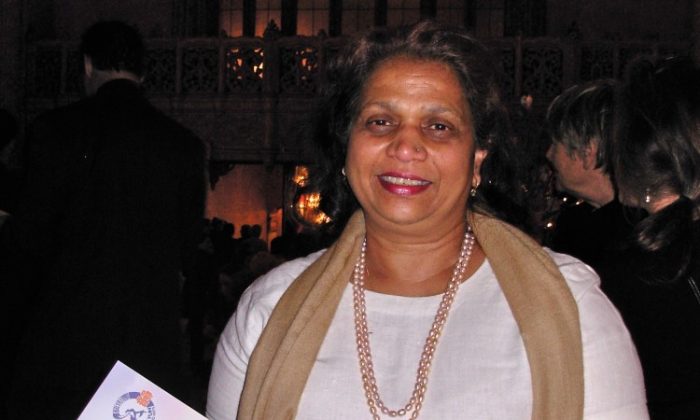 MELBOURNE, Australia—Sudha Saini who works for Channel 31, shared her great joy after attending the third Shen Yun Performing Arts at the Regent Theatre in Melbourne, April 13.

“I’ve lived in Melbourne since 85′, and this is the most wonderful performance I’ve seen so far, as far as Chinese performances. I have seen a few other performances, but this one is really different, a very elaborate one, a really colourful one.” said Ms. Saini.

She also spoke about the themes in the show, in particular, she was touched by the portrayal of a current happening in China, namely Falun Gong practitioners’ courage against the oppression of the Communist regime.

“The message is there, a subtle message, of course, the oppression of people is there, also about the Chinese culture. I very much enjoyed it. It’s very colourful, very enlightening, and very entertaining,” said Ms. Saini.

Ms. Saini also enjoyed The Amei dance and “the lotus ladies [Lotus Leaves] was one of the most enjoyable [dances],” she said. “I could see the girls were walking on the clouds. They were so softly dancing, it appears as though they were dancing on the clouds. Whereas the men you can hear the thumping of their feet.”

Classical Chinese dance celebrates and can fully conveys the qualities of feminine grace, softness and delicacy, while also fully showcasing masculine vigour and sheer strength through dynamic leaps and jumps, as well as resonant rhythms.