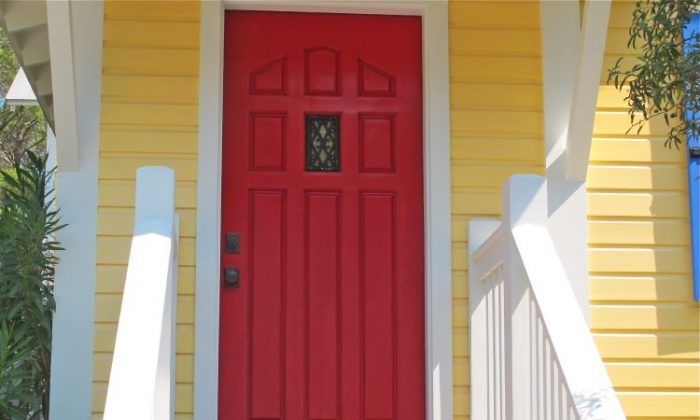 Walking through a doorway initiates a mental update that can reduce recall of information from a prior event. (Adam Miller/The Epoch Times)
News

WEST PALM BEACH, Fla.—The Shen Yun performance “touched my heart,” said Aldo Paredes, a real estate developer in central Florida. He and his wife, Theresa Paredes, were among the crowd on April 30 at the Kravis Center for the Performing Arts, where Shen Yun played to a full house and received a standing ovation.

“It was amazing,” Mrs. Paredes said. “It was breathtaking. The colors and the synchronicity of it were just beautiful. It took your breath away.”

“You could see the joy on their faces,” she said of the artists. “So you just felt it was alive. It was very exciting.”

“Through the universal language of music and dance, Shen Yun weaves a wondrous tapestry of heavenly realms, ancient legends, and modern heroic tales, taking you on a journey through 5,000 years of Chinese culture,” the Shen Yun website states. “Its stunning beauty and tremendous energy leave audiences uplifted and inspired.”

“I loved it,” Mr. Paredes said. He appreciated “being able to see history painted for us all the way from 5,000 years ago to modern times.”

“I like that they were able to talk about and display certain things that are going on in China,” Mr. Paredes said. “I know from Cuba there are many things that folks in Cuba can’t talk about, can’t display, and can’t show—same thing in China.”

He was glad that in the United States, the Shen Yun artists can be open about things like persecution and suppression. “That touched my heart,” he said.

Shen Yun presents mini-dramas through dance. In addition to stories and legends from China’s long history, two dances tell of courage in the face of persecution in contemporary China. In these two dances, practitioners of Falun Gong, a quintessential self-cultivation practice, are persecuted for their beliefs by the Chinese communist regime.

Mrs. Paredes shared her thoughts about her experiences in China a year ago when she was on a tour there: “I talked to some people about how they are wanting to express themselves and they are looking for a voice, so it’s wonderful to see that [in the performance].”

“Here we can still hear that voice,” she said, referring to Shen Yun. She said that the performance is like seeing the Chinese people reach out to the world. “We all are humanity—brothers and sisters,” she said.

Mrs. Paredes felt that in China, people “know that there is a little something missing there.” “I got that.” Seeing the Shen Yun performance, she felt that the Chinese people “are making some strides.” “It’s like someone is speaking for them. It’s wonderful to see,” she said.

The final Florida performance of Shen Yun’s 2012–2013 world tour will be in Melbourne, May 2, at the King Center for the Performing Arts.