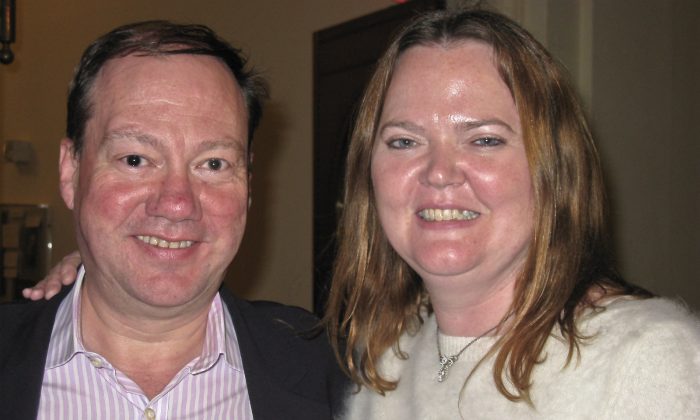 Playing both original scores by Shen Yun’s talented composers, who draw on China’s 5,000 years of history and culture to create their work, as well as masterpieces from the Western classical tradition, the concert left a profound impression on the audience who evidently didn’t want the evening to end.

Tony Bashall, a CEO and co-founder of a number companies, and Jeannie Macgilvray, who works in the hospitality sector, were among the enthralled audience on Wednesday evening.

“I thought it was absolutely beautiful. I thought the music was stunning,” said Ms. Macgilvray.

“I thought they played in synchrony with absolute perfection, and I just loved hearing music which I don’t tend to hear on the stage with the [other companies’] symphony, and it’s such a pleasure to have them here tonight,” she said.

Up until recently, the Shen Yun Symphony Orchestra, which is part of the internationally-acclaimed Shen Yun Performing Arts based in New York, could only be heard as an accompaniment to the classical Chinese dance performances presented by Shen Yun. The orchestra this year has embarked on a 7-city tour, putting on concerts ahead of Shen Yun’s 2014 world.

“It was just fantastic. I loved it. I loved all of them,” she said.