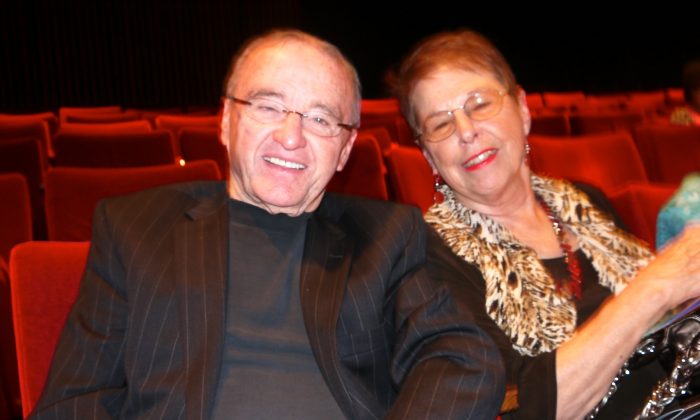 HOUSTON—Shen Yun Symphony Orchestra was a moving experience for business owner Ed Cravey as he attended the performance Sunday evening with his friend Ms. Diane Tade, a realtor, at the Jones Hall for the Performing Arts in Houston.

“Magnificent, and it’s just beautiful,” said Mr. Cravey at intermission. “Just beautiful and the sound is just exquisite.” This year, the Shen Yun Symphony Orchestra features a total of four conductors who lead the orchestra throughout the concert.

Mr. Cravey said he felt similarly to Ms. Tade. “It was remedying,” Mr. Cravey said. “You can’t not pay attention to it, it’s just wonderful.”

“It’s beautiful, it sounds [as] if someone’s singing,” Ms. Tade said of the two-stringed erhu, or the Chinese violin.

Shen Yun Symphony Orchestra had its debut last year at Carnegie Hall in New York. Before that, the orchestra played as a part of Shen Yun Performing Arts, which has toured globally since 2006 with the mission of reviving traditional Chinese culture through the arts.

Mr. Cravey said he and Ms. Tade had been wanting to see Shen Yun and planned to see the performance in December.

“I’m glad to hear it this way,” Mr. Cravey said. “I’m looking forward to the dance, but this is beautiful.”

“I loved them very, very much,” Ms. Moretz said. “You could feel the emotion they were eliciting from each of the pieces.”

“For instance, the “Divine Compassion” piece at the end, you could really feel the compassion that was being evoked,” Ms. Moretz said.

The blending of the East and West in instrumentation was new for Ms. Moretz, as was the solo vocalists singing original Chinese compositions in the bel canto style.

“I thought it was going to be very, very amazing, and it was even better than that. It far exceeded my expectations,” Ms. Moretz said of the orchestra.