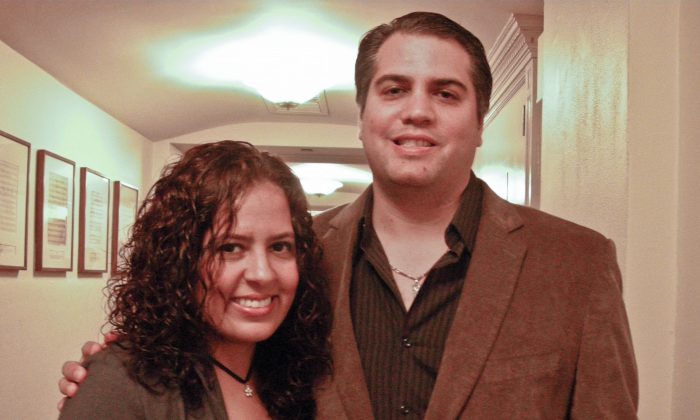 Shen Yun Symphony Orchestra Something for Everyone

“I like to hear the combination of European with Chinese,” said Niurka Vidal, a journalist at Impacto in New York who attended the matinee performance.

Her husband Jason, an accountant, also enjoyed the performance, which he summed up as: “Perfect, wonderful, powerful.”

The orchestra also included masterpieces by Western composers such as Beethoven and Tchaikovsky.

“It’s something impressive, everything is synchronized, very well coordinated, and I love that,” Mr. Vidal said.

“I like the integration of Eastern and Western music, the different sounds and stuff, it was really amazing. I’ve never heard it before put together like that,” said Monica.

Mr. Lublin added: “The musicians were great. The flutes, the trumpets, the violins, and the cellos: everything was really amazing.”

These Musicians Could Run the Country

Another happy couple who attended the matinee performance was Robert Olivella and his wife.

Mr. Olivella, who spent 34 years on the New York City Board of Education had only the highest praise for the concert.

“We were really really just amazed by the performance, we enjoyed the music. The fusion of the Chinese influence merging with the Western, and just all together, the musicians, the compositions, the conductors, the singers, were just perfection. So this was really a treat.”

His wife, a teacher, also has a good time: “Uplifting, very uplifting and very moving, just kind of filled you up and moved you deeply. I loved it very very much.”

Mrs. Olivella said she thought the musicians could do a good job at running the country given the current shutdown of the Federal government: “I say we should have all of those young musicians that were on the stage today replace our Congress.”

The reason? “Because they just showed us how even though we’re all different, we’re still the same and we can still work together to bring harmony.”