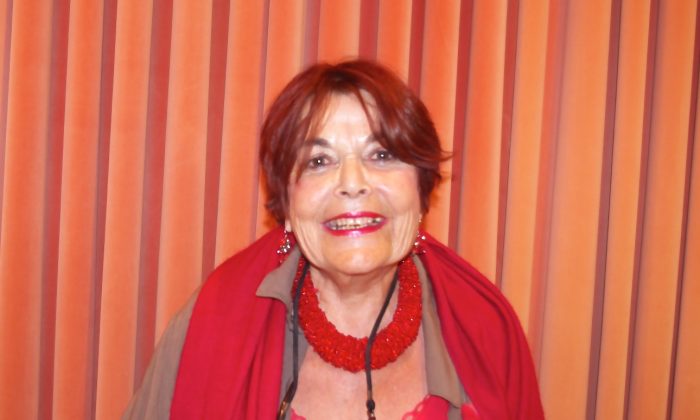 COSTA MESA, Calif.—Just as it has been the case at the other concerts Shen Yun Symphony Orchestra has put on as part of its seven-city tour across the United States, the audience couldn’t part with the unique orchestra that combines both classical Western and Chinese instruments as its permanent members on Friday evening at the Renée and Henry Segerstrom Concert Hall.

The enthusiastic audience drew multiple encores, asking to take in more of Shen Yun’s original compositions, created by drawing upon China’s five millennia of history, as well as masterpieces of the Western classical tradition by Beethoven and Tchaikovsky.

“I saw people [audience members] dancing and I saw people happy,” said Jacqueline Hanan, a professor of languages and arts, who attended the concert on Friday evening.

“It is fantastic, totally fantastic. I love it,” she added.

She also had high praise for the Shen Yun vocalists, who use the bel canto technique to sing Chinese text.

All the lyrics of the songs are written originally for these pieces, according to the Shen Yun website, and the lyrics are brimming with philosophical reflection about human life.

“The opera the “Heavenly Secret”, [sung by soprano Min Jiang,] I thought it was fantastic … and the voice was magnificent; the soprano was beautiful, so it is an amazing program, totally amazing,” Ms. Hanan said, while praising the profound lyrics and their meanings.

“I think it is unbelievable, it is a unique production.”

Shen Yun Symphony Orchestra will be in Southern California for one more day (Saturday, Oct. 19).