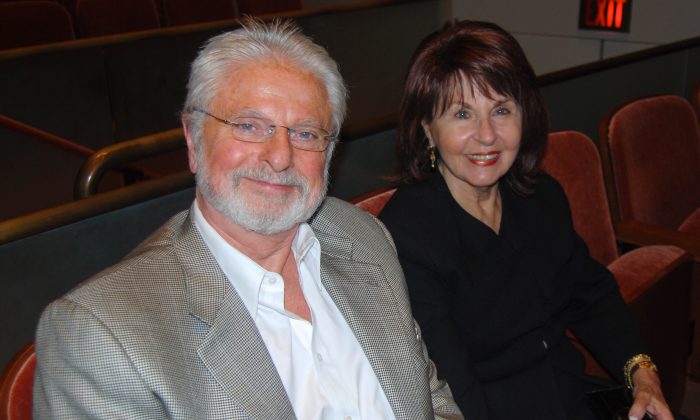 DALLAS—Paul and Phyllis Peterson were in the audience to take in Shen Yun Symphony Orchestra at the Morton H. Meyerson Symphony Center in Dallas Tuesday evening.

Mr. Peterson said that he’d always been drawn to the mystical overtones of Eastern music, but this was the first time he’d ever really paid it with fully attentive ears. “I was drawn by the haunting sound of the Chinese music, which I had never really paid any attention to previously,” he said.

But overall, he couldn’t help but be overcome with deep appreciation for the well-rounded range of composition offered by the orchestra. “But tonight, the mixture was just between the East and the West—it is a fascinating mixture of sounds, and cultures, and styles,” he said. “That’s what sort of draws me to it.”

Mr. Peterson also commented that although he’s not always easily overtaken with emotion, the evening’s performance left him with unique feelings.

“I feel emotions in me and I feel like I’m drawn in. And that’s the fascinating thing,” he said. “It’ll go Asian, then you can hear the Russian and Bulgarian. But I feel that the mixture is what’s appealing to me.”

Closing, he attempted to sum up the performance was well as his words would take him: “Lovely, wonderful,” he said.