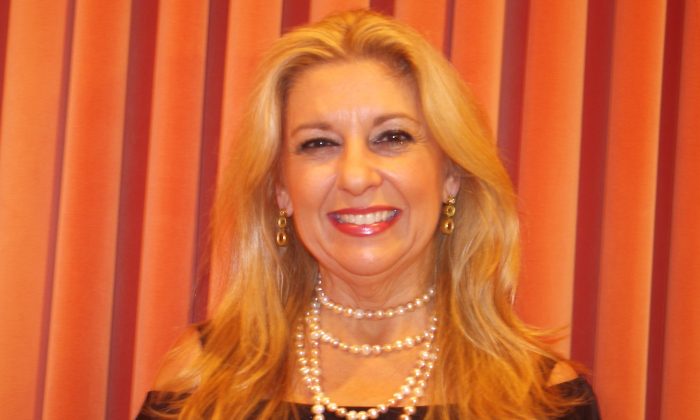 “I haven’t seen anything like it before,” said Paletta, after taking in the performance on Friday at Segerstrom Concert Hall.

Shen Yun Symphony Orchestra “melds the spirit and distinctiveness of Chinese music with the precision and power of the Western symphony orchestra,” according to the orchestra’s website. The all-original works combine Chinese and Western instruments.

“Alongside classical Western symphonic mainstays—like brass, woodwinds, strings, and percussion—Shen Yun incorporates ancient Chinese instruments such as the two-stringed erhu and the plucked pipa,” the website explains. “There is no orchestra like Shen Yun. It is the world’s only orchestra that combines both classical Western and Chinese instruments as its permanent members.”

She brought her brother and his wife and two daughters, who were visiting from Minneapolis.

During the performance, she said she felt happy, content, and relaxed.

“Just filled with imagination,” she said.

“I think this culture is fascinating and I’d definitely recommend my friends come to this,” she said. “I will follow them from this point on.”