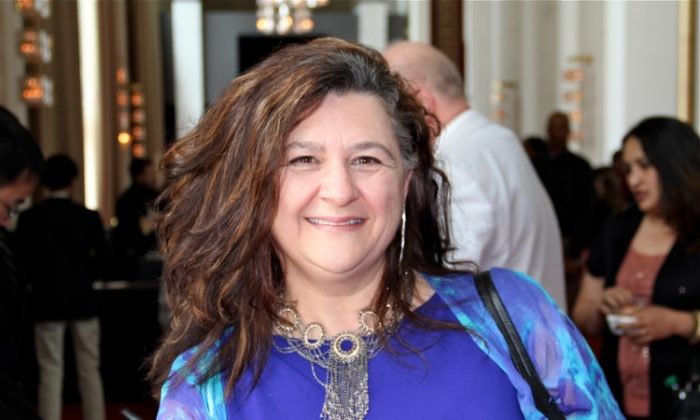 WASHINGTON—It was a full house at the Kennedy Center Opera House for the final performance of Shen Yun Performing Arts 2012 season in D.C. on Sunday April 1.

Dr. Christine Saba, a pediatrician, was in attendance and was impressed with the accessibility of Shen Yun’s artistic performance of traditional Chinese culture.

“I thoroughly enjoyed it. The choreography is beautiful, magnificent, and hearing the Eastern Chinese musical instruments combined with our Western—it is just beautiful to hear,” Dr. Saba said.

The Shen Yun Orchestra is also unique in its combination of traditional Chinese instruments, like the two-stringed erhu and the lute-like pipa, along with the full complement of Western classical instruments.

Contemporary views of China feature too, including the persecution of Falun Gong practitioners who, according to the company’s presenters, have been persecuted for their beliefs in China for over 10 years.

“I think it really speaks of all of humanity where we’re seeking to find the Divine within us, and when it’s being oppressed and can’t flourish, people will find a way to live,” she said.

Dr. Saba said Shen Yun had been a moving experience. She was keen to see it again next year and would meanwhile “definitely recommend” it to relatives in other parts of the United States, where Shen Yun is touring.

“I’m really ready to call them and tell them they’ve just got to go,” she said.