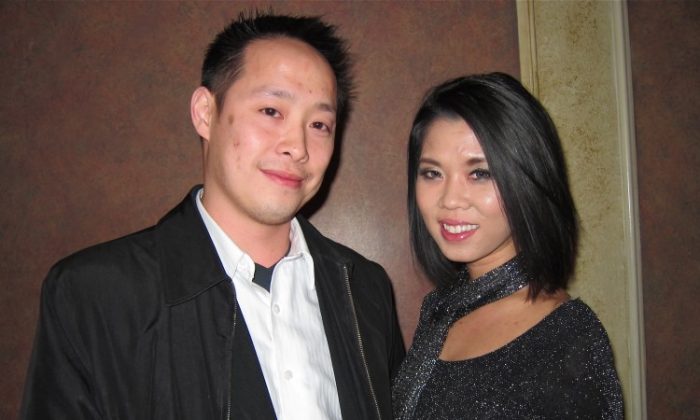 MINNEAPOLIS—The famed, historical Orpheum Theater located in downtown Minneapolis welcomed theatergoers on Friday, March 9, to the first of three performances by Shen Yun Performing Arts, the world-renowned classical Chinese dance and music company, which was established in New York in 2006.

Shen Yun’s mission is to revitalize ancient China’s 5,000 years of divinely inspired art and culture, which was all but destroyed by the Chinese Communist Party during the Cultural Revolution.

Tranny Huini of United Health Group and Ricky Huang, a real estate consultant, were in the audience. Shen Yun is not new to Ms. Huini, who has seen it twice already. However, this time she was eager to share Shen Yun with her friend, Ricky Huang.

Commenting on the evening’s performance, Ms. Huini said the dances were great and she appreciated the synchronicity of the dancers.

“It’s still … up to my expectations and really exciting,” she said.

Mr. Huang said. “It was definitely a great performance … the dancers were amazing,” he said, acknowledging the dedication and hard work involved to be able to dance at such a high level of skill.

Classical Chinese dance is one way in which 5,000 years of Chinese culture has been passed down and retained. It is a dance form built on profound traditional aesthetics, according to the company’s website.

Mr. Huang was also impressed by the singing. “The one thing that really has stuck was the singers, they had very strong voices … each one of them was just amazing; I was blown away,” he said.

Shen Yun’s soloists use the bel canto vocal technique while singing Chinese lyrics. This means that the singer must grasp the highly difficult technical requirements of bel canto operatic singing while retaining the proper Chinese articulation and diction—today, this is unparalleled, says the company’s website.

Mr. Huang said he would recommend Shen Yun to others. “Definitely! Go check it out—I think you’ll be very impressed.” He said he would definitely come back and see it again.