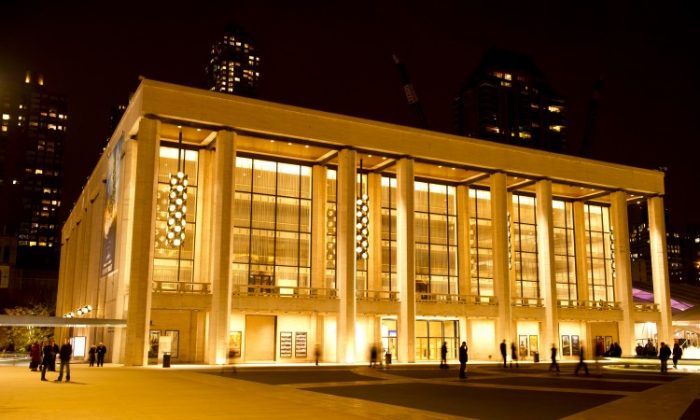 “[It’s] obvious that the performers are very well-trained, and it was quite impressive how they stay in such a rhythm,” she said.

At the forefront of Shen Yun’s performance is classical Chinese dance—a system that is considered among the most expressive and comprehensive styles in the world—as well as ethnic and folk dances.

“Obviously they rehearse together quite a lot,” Ms. Crawford said. “It’s very effective for the audience to see that level of performance.”

Shen Yun’s website states that classical Chinese dance was handed down over thousands of years and in time, became systematized and carries the essence of Chinese culture.

The dance requires extensive training to master the movements, postures, and “very difficult jumping and tumbling techniques,” the company says.

Several pieces in Shen Yun depict the current, ongoing persecution of Falun Gong—a meditation practice that is based on truthfulness, compassion, and tolerance—in China, and many of the other dance pieces reflect the inherent spirituality of the Chinese people.

“I was very intrigued to see the contemporary piece, with … Falun Gong,” Ms. Crawford said, adding that “it was interesting to see the reference to the spirituality behind the art.”

David Watson, a banker, was similarly impressed with the dancers’ precision.

“I liked the energy of it. I liked the agility of the performance; the colorful costumes they have,” he said.

Costumes are an integral part of Shen Yun. They are “presented with brilliant colors, displaying a splendid spectacle” from numerous dynasties in China as well as its various ethnic groups, the company says.

Mr. Watson noted that the culture Shen Yun is presenting is “very respectful” in “[sharing] it now with the Western world.”

Based in New York, Shen Yun aims to revive the traditional culture of China that was mostly lost under the current communist regime, the company says.