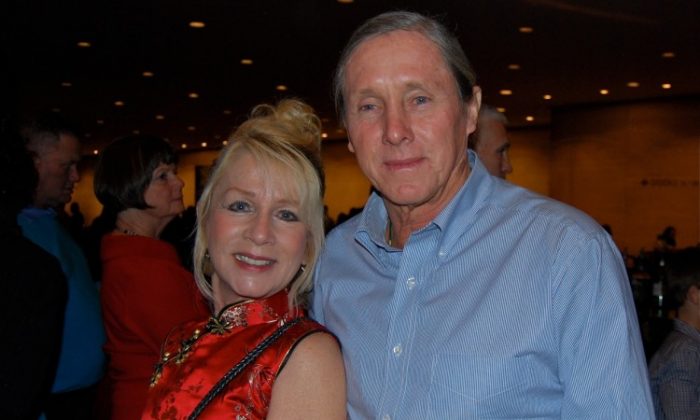 HOUSTON—Shen Yun Performing Arts’ revival of 5,000 years of Chinese civilization received a fourth standing ovation at the Jones Hall for Performing Arts in Houston on Dec. 28.

“We tried to see it last year but couldn’t get tickets,” said Jane Edmond, MD, who attended the performance with her family. Dr. Edmond added that everyone in the city knew about the show.

Dr. Edmond is also an associate professor. She serves on the boards of many American medical organizations and has published many articles about pediatrics.

Traditional Chinese culture values principles such as benevolence and justice, and divine retribution. Under China’s current regime, these values, which are embedded in traditional Chinese art forms, are suppressed.

“Chinese dance has a wonderful heritage,” Dr. Edmond said. “It’s great to be presented in an American theater where we don’t know much about that. It is ancient and it has been through amazing turmoil and has survived. It’s the biggest nation in the world.”

Dr. Edmond said that while watching the performance, she felt very uplifted and she admired the dancers.

“They were awesome … musical—it was very engaging,” Dr. Edmond said.

The New York-based company’s dancers perform both classical Chinese dance, and ethnic and folk dances from the many regions of the country.

Dr. Edmond said that even without being familiar with Chinese culture, there were principles in the stories that Americans could relate to.

“The turmoil at the [finale], the issues with repression, we can certainly relate to that,” she said. “And the tales of surviving and overcoming are in every culture.”

Many of Shen Yun’s dances tell a story, and China’s history plays out before the audience from the legend of the creation of Chinese culture to issues in China today.