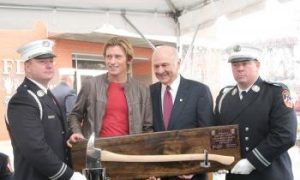 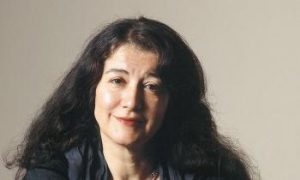 Following on the heels of the North American International Auto show’s first weekend in Detroit, Shen Yun Performing Arts returns for its 4th year in a limited engagement at the Detroit Opera House from Thursday, Jan. 20 through Sunday, Jan. 23.

The New York-based Shen Yun Performing Arts Touring Company, one of the three touring companies, has a mission to bring the most beautiful costumes and backdrops, the most uplifting stories, and most rigorous and authentic presentation of classical Chinese dance to the world.

In addition, the stage is graced by ethnic and folk dances, a unique orchestra that combines both Western and Eastern instruments, award-winning vocalists, and animated backdrops that seem to come alive.

In response, audiences have described its performances as exquisite and heartwarming. They say it takes them to a fairyland or gives them a sensation of ultimate peace.

Jennifer Granholm, the former Governor of Michigan, wrote to offer her heartfelt wishes to the sponsoring agencies that helped bring the show to town, saying “Our shared corner of the world is a richer place in which to live because of the arts and cultural exchanges like this.”

Charles Pugh, the City Council President shares his expectations that the show will offer the potential for a transcending experience for Detroit natives and warmly welcomes the performers to a city that treasures culture and arts.

Detroit Mayor Dave Bing also wrote to welcome Shen Yun. He states that the company’s mission far exceeds that of Detroit’s, which is impressive: to “build culture and diversity in the performing arts.”

The Mayor is right. Shen Yun’s mission is to bring an unparalleled experience to all those lucky enough to catch the performance. So, after an afternoon exploring the latest in automotive refinements, spend your evening seeking cultural refinement and lavish beauty.