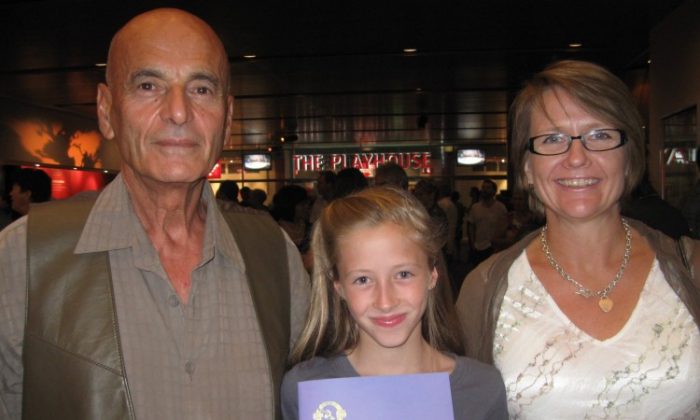 Michelle Wood was at the show with her daughter Olivia, a ballet dancer, and her father Joseph Azzopardi. Mr. Azzopardi had seen a brochure and said he would love to go, so Ms. Wood bought the tickets as a Christmas present and flew an hour north from Melbourne to see the performance together.

“I didn’t know what to expect,” Ms. Azzopardi said. “We have come to look at it, it’s beautiful, really colourful.”

“It was a beautiful performance,” Ms. Wood said. “We came not knowing anything about it, but when the first scene opened, I knew it was something I would enjoy seeing.

Both Ms. Wood and her daughter are avid ballet fans and usually see three performances by the Australian Ballet Company in Melbourne each year.

Shen Yun is often referred to as the world’s premier classical Chinese dance and music company. Classical Chinese dance has been passed down over thousands of years continuously through the imperial courts. It is composed of three main parts: bearing, form and technical skills, and also entails systematic training in movements and postures, as well as very difficult jumping and tumbling techniques, according to the Shen Yun website.

Ms. Wood was particularly impressed by the dancers’ abilities. “I look at precision in dancing as my daughter is a ballerina, so we do a lot of that,” she said. “It’s beautiful, really spot on, they’re dancing together, which shows that there is hours of work.

“They really seem to enjoy it, which is what I love; most of the dancers seem to convey joy when they’re dancing.”

Olivia also enjoyed the performance, describing it as “different to what I usually see.” She also appreciated the ornately decorated costumes. “They were magnificent, they were really colourful and I loved them,” she said.

Mr. Azzopardi said he was very grateful for his Christmas present.