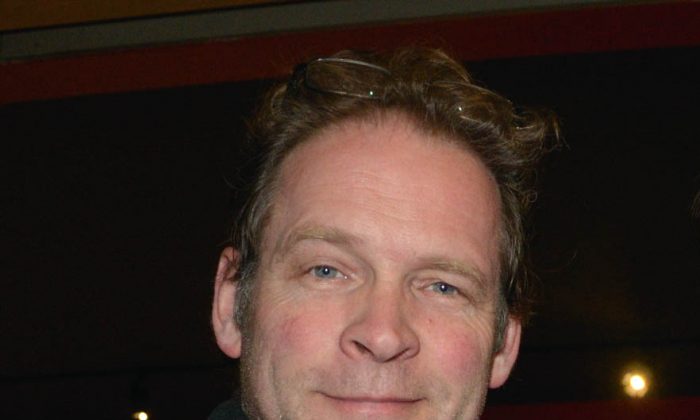 Erik van Muiswinkel (L) after attending the Shen Yun performance at the Lucent Danstheater in The Hague, on March 11. (Courtesy of Giusy de Ceglia)
News

New York-based Shen Yun Performing Arts, the world’s premier classical Chinese dance and music company, kicked of its European Tour with its performance in The Hague. Much to the delight of the audience, as the company received a standing ovation from the entire audience.

For Mr. van Muiswinkel who had seen the performance in two previous years, it was “still like a dream.”

“Again the music, especially the music and the girls dancing—especially the small steps they take in moving on the stage—is still like a dream. It is so beautiful, I was very much impressed again,” Mr. van Muiswinkel said.

A 20-year veteran of Dutch stand-up comedy, television and film, Mr. van Muiswinkel said he really liked the flower dances in the performance. Classical Chinese dance, which is rich with expressive power, forms the hallmark of a Shen Yun performance.

“Classical Chinese dance is grounded in 5,000 years of divinely inspired culture, and is a dance art form built upon a deep foundation of traditional aesthetics,” according to the Shen Yun website.

According to Mr. van Muiswinkel, it is a team-effort. “Sometimes there were forty dancers at the same time [on stage], they literally make waves. So you don’t concentrate on any individual dancer,” he said.

In its performances, Shen Yun has successfully combined two great musical traditions, by combining sounds from the East and the West, creating a fresh harmonious sound.

Mr. van Muiswinkel said he liked the music very much. “You leave the theatre filled with it yourself. My whole head is full of this … like a river. It is beautiful. It will take me another two or three days to get rid of it again—but I don’t need to get rid of it,” he said.