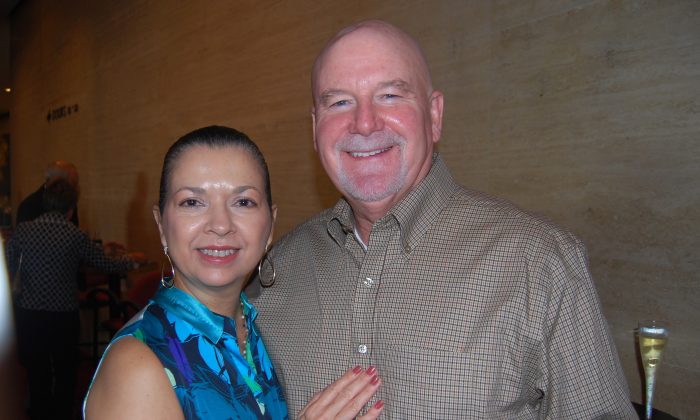 “It was transcendental,” he said. “You get to that point where you’re feeling the music—very soothing, very relaxing, kind of during that moment with the music—so I really, really enjoyed it.”

Mr. Hodge applauded the selection of pieces, which included compositions from Western composers, such as Tchaikovsky, and original pieces created by Shen Yun’s composers.

He said he also felt that the orchestra’s use of use of traditional Chinese instruments was excellent. “It was blended really well,” he said.

Inspired by the music, Mr. Hodge said he enjoyed the different feelings that the music aroused in him. “It had some vibrant along with some soothing tones and tunes, so I liked that a lot,” he said.

Accompanying him was Patricia Barrientos, a legal administrator, who said the performance was spectacular.

“So inspirational, it just moves you,” she said.