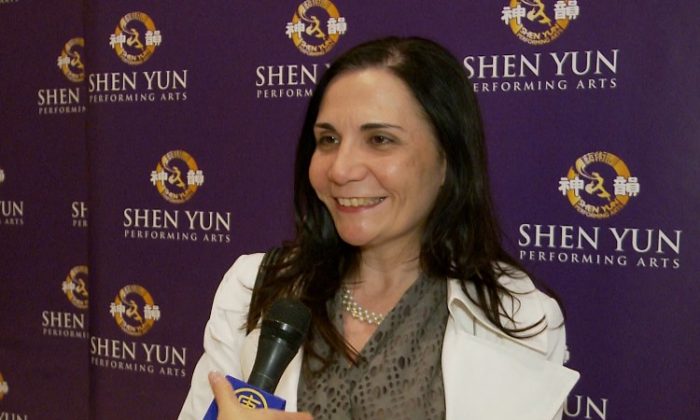 Shen Yun ‘Makes me think of peace, happiness, and joy’

NEW YORK—Shen Yun Performing Arts graced the stage at Lincoln Center’s David H. Koch Theater on Thursday April 19, and audience members had much to say about their experience.

The dancers are adorned with handmade, colorful costumes, from “the Tang Dynasty’s ‘Raiment of Rainbows and Feathers’ to imperial dragon robes, phoenix coronets, and cloud capes, from the civil official’s headdress and robes to the warrior’s helmet and armor, and from the traditional rightward cross-collared Han clothing to the ethnic attire of the Manchurian, Tibetan, Dai, Mongol, and Uyghur ethnic groups,” says Shen Yun’s website.

“The costumes are amazing.” Ms. Torres said. “The flow of the sleeves just looked so wonderful. It made me feel like I wanted to dance. It makes me think of peace, happiness, and joy.”

A unique orchestra melding both Western and Chinese instruments, such as the 4,000-year-old erhu, also known as the two-stringed Chinese violin, accompanies the dancers.

“The music was amazing,” said Ms. Torres. “Everybody [in the audience] was clapping, happy, smiling. It was a lot of fun. I felt very relaxed.”

‘This topped them all’

“All the dances were beautiful,” she said. “The colors, the costumes, it was just great. Wonderful voices. I love their voices.”

“I thought this was absolutely fabulous,” said Ms. Exit. “I’ve seen other shows, but this topped them all.”