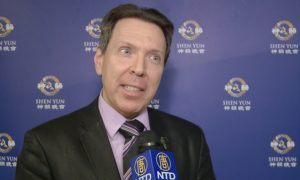 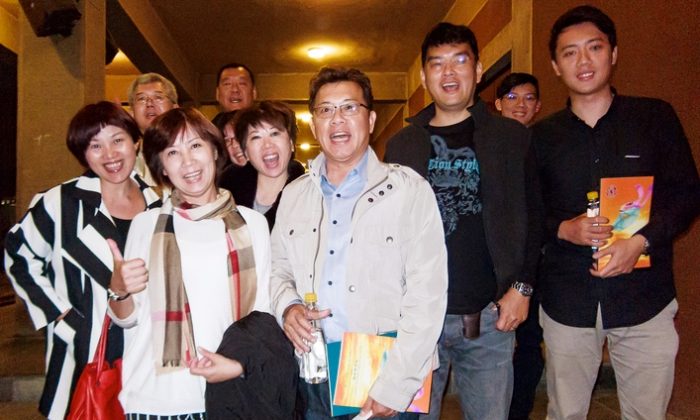 TAINAN, Taiwan—With the society that is deeply rooted in ancient Chinese tradition, Taiwan is a booming cultural center for foreigners wanting to know about the Chinese language, history and arts. Nevertheless, it is a performing arts company that is based outside of Taiwan that have many local company executives marvel at how much it can benefit the society. It is the New York-based Shen Yun Performing Arts.

“We should do more to promote the performance. It is the ideal performance to bring about social harmony and moral values,” said Liu.

These values, which come from the ideals of Buddhism, Taoism, and Confucianism, are present in its ancient art forms like classical Chinese dance

And it is traditional Chinese culture, which is brought to live on stage by Shen Yun according to Mr. Liu. “The force of compassion the display of ancient Chinese culture are what make the performance so good with profound meanings.”

One dance piece, The Power of Compassion was most memorable to Mr. Liu, saying “People must be compassionate while doing good deeds at the same time. And such will have far-reaching impact on future generations.”

Another company executive shares Mr. Liu’s view. Chen Mingkun, general manager of George Rubber, and his wife also came to see Shen Yun on March 13. Mrs. Chen said “The meanings behind truthfulness, compassion and the idea of inner beauty can benefit every single person, and these are good for the people.”

“After seeing Shen Yun, anyone can become more peaceful, and the society will be more harmonious,” added Mrs. Chen.

Tsai Chungchin, director of Kaiser Pharmaceutical, provide some insights as to how a society would become harmonious by watching Shen Yun. “Shen Yun can purify the mind and heart of people, bringing out their inner compassion and finally leading to a force of compassion within the entire society.”

He Jianxiong, CEO of Taiwan Professed Flower, said, “Nowadays, people care more about improving their material life and having more money, while neglecting the importance of spirituality.”

“There are many performances in the society now. But, there aren’t that many that can really benefit the people,” said Mr. He.

Chinese culture is a 5,000-year-old ancient heritage enriched by principles such as benevolence, justice, wisdom, propriety, and respect for the heavens.

Chairman Lin Wenfu of Daheng Company, a biotechnology company that is based in Tainan, shows the immediate positive impact of Shen Yun can have. “I tell myself, I must be compassionate, and I must be a good citizen,” said Mr. Lin, after watching the second Shen Yun performance in Tainan on March 13.

Shen Yun is the performance executives recommend for children and their parents as well.

“We need to go back to ancient culture and allow our children to understand ancient Chinese culture through ancient Chinese legends,” said Yang Ronghong, general manager of Tai Jang Biotechnology, who saw Shen Yun with his wife at the opening at Tainan Cultural Center.

Shen Yun is more than just a performance. It is a vital nutrient for life.
— Wei Rongzong, chairman of Jingle World
Shen Yun is currently on its 9th tour to Taiwan.

For Wei Rongzong, chairman of Jingle World, a light switch manufacturing company, Shen Yun is more than just a performance.

“Shen Yun is a vital nutrient for life and everyone needs this nutrient” said Mr. Wei. “As for how one can absorb such nutrient, the answer is different for different people.”

“Everyone should have the characteristics of Shen Yun,” added Mr. Wei.