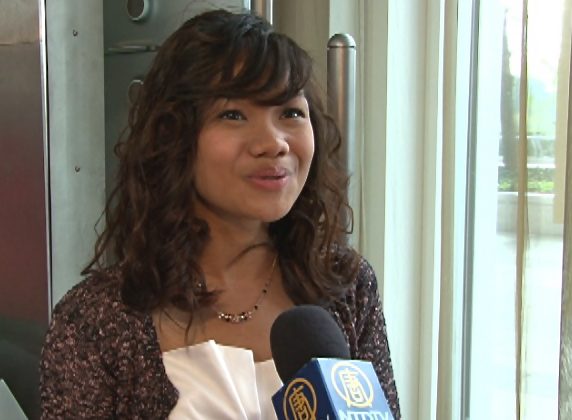 WASHINGTON—Drawing upon legends, stories, and cultural traditions passed down from antiquity, Shen Yun Performing Arts wowed those who saw it at the Kennedy Center Opera House in Washington D.C. on Saturday afternoon, March 31.

Esther Rodulsa, the president of the Asian Awareness Club at Prince George’s Community College in Maryland, said Shen Yun encompasses a wide berth of emotions while displaying the beauty of Chinese culture.

“I could tell that they’re trying their best to really keep this culture growing and alive in people’s hearts, not just the Chinese people, but also the people from different countries. That’s just amazing, it’s inspiring,” she said.

Shen Yun, according to the company’s website, aims to revive and preserve traditional Chinese culture, which has been all but lost during six decades of communist rule.

“There’s excitement; I had to gasp,” she said, referring to some of the pieces in the show, adding that “there’s joy” and sadness as well.

The company draws upon the wealth of stories and legends that have been passed down from antiquity, but also has stories about modern-day China.

The company’s main medium of expression is classical Chinese dance—a style that is considered among the most comprehensive in the world—as well as music and costuming, the company says.

Ms. Rodulsa said that Shen Yun “really appreciate[s] and really keep[s] the traditions … through these performances,” while being “helpful for us to know about China.”