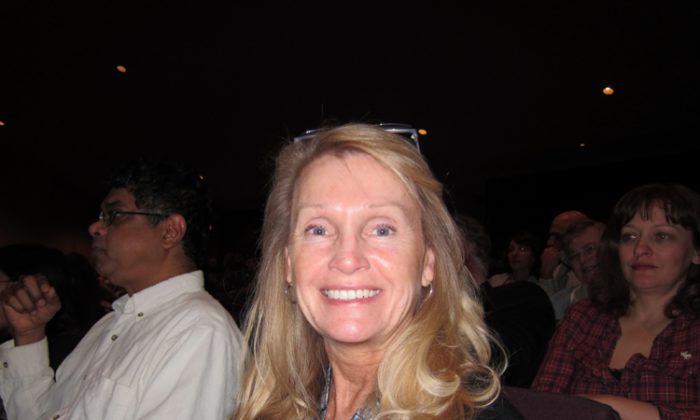 Shen Yun ‘Is something you experience’ Says Avid Arts Fan

Continuing the Midwest leg of its US tour, the internationally acclaimed Shen Yun returned to the stage of the Stranahan Theater, Saturday evening, March 17.

An avid arts fan, Ms. Grunwald had high praise for the show. “It isn’t something that you see, it is something you experience. I’m just enthralled with the whole thing!”

She noted the exquisite handmade costumes that are an integral part of the performances. “The costumes are phenomenal. You don’t need sets and scenery because the costumes tell the stories themselves.”

With classical Chinese dance as its hallmark, New York-based Shen Yun Performing Arts is leading a revival of the classical Chinese arts. Its artists include many winners of international dance and vocal competitions. Ms. Grunwald exclaimed, “And the performers! Their precision is phenomenal, where every step is exactly the same. It’s just, I mean I’m totally taken aback!”

She was moved by the first program, An Era Begins, which opens upon a scene of China’s glorious ancient civilization. She said, “The opening performance! To come on with it just immediately with this blast of color and music. It grabs your attention right there and it never stops grabbing your attention. The colors are just—you don’t see colors like this! You just don’t see them!”

Ms. Grunwald only had one regret. “If someone in this area didn’t buy a ticket to see this, they are missing out on a once in a lifetime experience. It’s just unbelievable!

She said she would strongly urge others to experience Shen Yun for themselves. “I’m going to tell everybody about this. I’m going to take this [program book] and give it to them and tell them, you have to see this!”