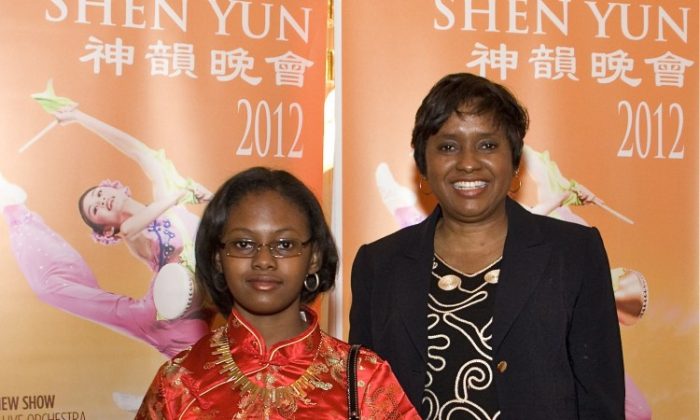 WASHINGTON—Those who saw Shen Yun Performing Arts at the Kennedy Center Opera House on Saturday, March 24, were dazzled by its display of classical Chinese dance and culture.

Lenora Williams, an IT specialist with the Bureau of Alcohol Tobacco and Firearms (ATF), said the performance “was wonderful.”

“I’m impressed with the way [the performers are] trying to maintain the Chinese culture,” she said.

Shen Yun seeks to spread traditional Chinese culture through the performing arts, using classical Chinese dance as its medium of expression, according to the company’s website.

“The message that good does triumph over evil, and the special effects and the costuming— wonderful,” Ms. Williams said, emphasizing that the “good triumphing over evil” aspect touched her.

Much of the pieces in Shen Yun draw on stories and legends from China’s history, spanning the various dynasties, according to the company’s website.

Created in 2006, Shen Yun has toured around the world in well over 100 cites, but cannot be shown in China. Since the Chinese Communist Party took over in China, much of the country’s culture has been demolished, the company says, adding that it seeks to revive this ancient culture.

“There’s so much in the world today that’s going on that could put a negative spin on life, and just seeing the positive effect” of the performance is helpful, Ms. Williams added.